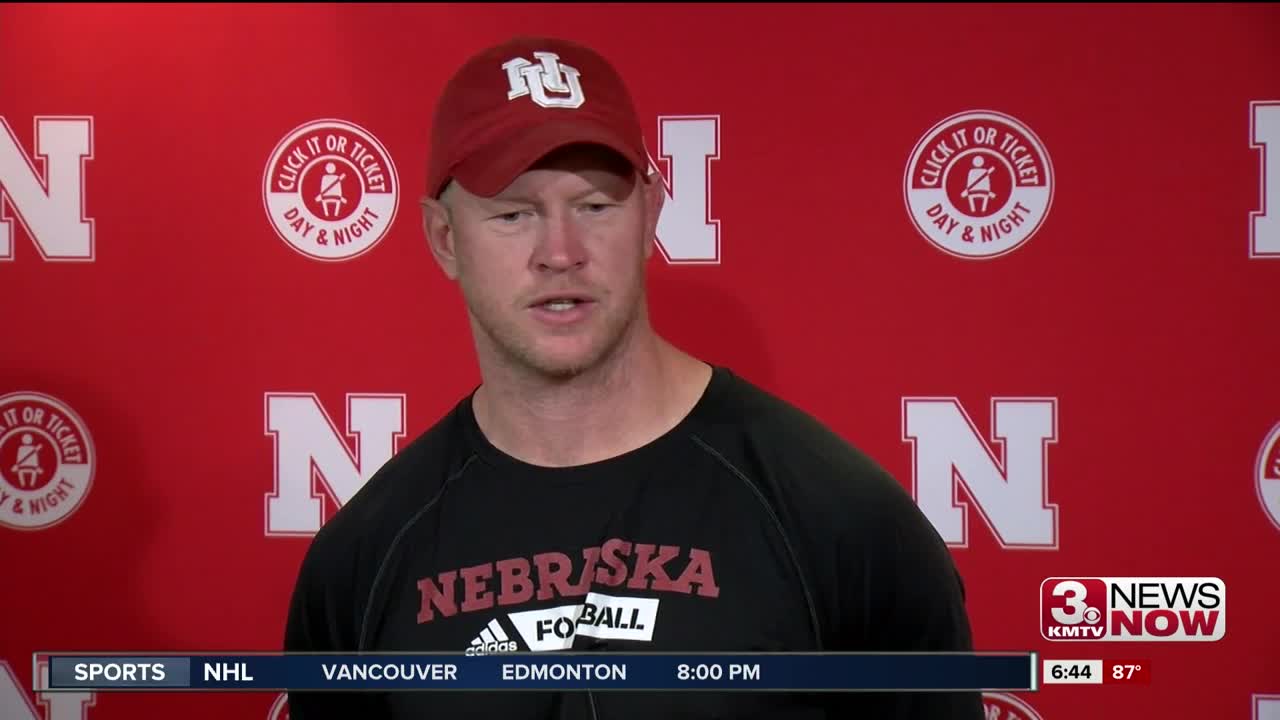 Scott Frost is glad to be going into the Nebraska High School Sports Hall of Fame with his father, Larry, this weekend.

LINCOLN, Neb. (KMTV) — Husker head coach Scott Frost will be inducted into the Nebraska High School Sports Hall of Fame on Sunday along with his father, Larry.

"It's special for me that I'm going in with my father," said Scott Frost following Thursday's practice. "I'm lucky. I had two unbelievable parents. And they were both great athletes and so they gave me some pretty good genes. But more than that, what they taught me and poured into me, the characteristics they made sure that I had: work ethic and perseverance and all those things, I learned from dad and mom. They both spent their life trying to help young people as high school coaches so it's an honor for me to go in. But it's even more special to go in with dad."

Frost's mom, Carol, was inducted in 1996. Larry was a standout football player in Malcolm, while Scott was a Parade All-American quarterback in Wood River & a state champion in the shot put.