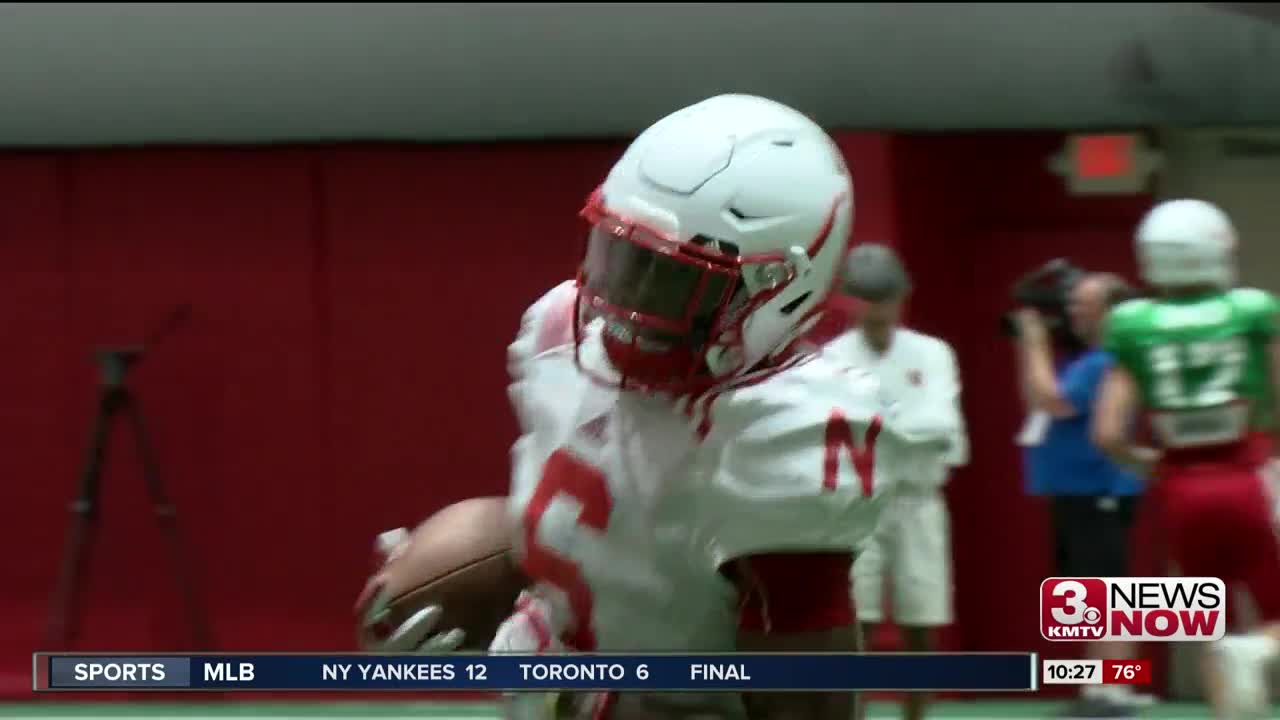 True freshman running back Rahmir Johnson is earning the attention of Husker coaches in fall camp.

LINCOLN (KMTV) — True freshman running back Rahmir Johnson has been impressing Husker coaches early in fall camp. The New Jersey native is making a name for himself with his breakaway speed.

"Two days ago, he freaking hit it and it was 60 yards," said NU running backs coach Ryan Held following Wednesday's practice. "That's what I want him to do is not worry about making a mistake. No fear of failure like Coach Frost says and use your strengths out there on the field, which is speed and quickness and all those things. But he's a great kid. I love being around him everyday. Smile on his face, tough, east coast kid. I mean, he's got a chance."

The Huskers host South Alabama in the season opener on August 31 starting at 11 a.m.