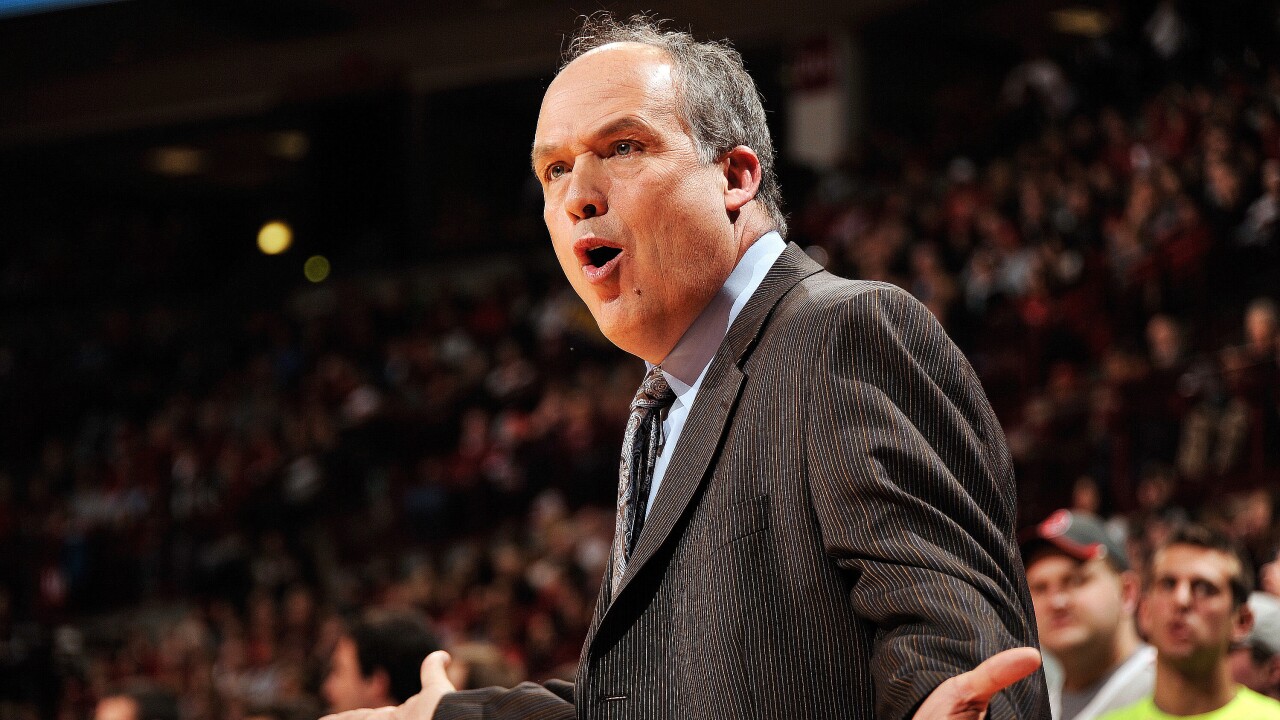 The coaching staff will feature a pair of new hires in assistant coaches Matt Abdelmassih (pronounced Abdel-massey) and Doc Sadler, while Armon Gates will stay on the coaching staff after joining the Husker program prior to last season. Hoiberg also announced that longtime college basketball coach Bobby Lutz (pronounced LOOTS) will join the program and serve as special assistant to the head coach. Abdelmassih, Sadler and Lutz all worked with Hoiberg at Iowa State, playing significant roles in helping the Cyclones make four NCAA Tournament appearances from 2012 to 2015.

“I am excited with the staff we have put together,” Hoiberg said. “I wanted to put together an experienced staff and saw how important that was in our past success. We wanted to get the right mix of coaches who can go out and recruit the players we need to be successful and also do a good job of teaching on the floor.”

Abdelmassih comes to Nebraska after spending the past four seasons at St. John’s, culminating with the Red Storm winning 21 games and reaching the NCAA Tournament last month. He recruited most of the 2018-19 Red Storm roster, led by two-time, first-team All-BIG EAST selection Shamorie Ponds. All five starters on the 2018-19 team were recruited by Abdelmassih, as he brought in talented transfers such as Mustapha Heron (Auburn), Justin Simon (Arizona) and Marvin Clark Jr. (Michigan State) along with junior college transfer LJ Figueroa. He also helped St. John’s land a consensus top-25 recruiting class in 2016, featuring Ponds and junior college transfer Bashir Ahmed.

Prior to joining the Red Storm staff, Abdelmassih was at Iowa State from 2010-15, spending his last four seasons as an assistant. Abdelmassih was instrumental in making Iowa State one of the primary destinations for some of the top transfers in the country, including All-Big 12 performers DeAndre Kane and Royce White, the No. 16 overall selection in the 2012 NBA Draft.

A 2007 graduate of St. John’s, Abdelmassih spent two seasons with Hoiberg on the Minnesota Timberwolves staff. Abdelmassih joined the Timberwolves staff in 2008 as a basketball operations intern and worked directly with the coaching staff. Abdelmassih moved to the front office in 2009-10 with a promotion to basketball operations assistant, a role in which he handled salary cap issues, draft preparation, scouting and free agent analysis.

“Matt is a guy that I hired when I was in the front office with the Minnesota Timberwolves, and Matt came in and I could tell right away how good he was,” Hoiberg said. “The most impressive thing about Matt is his ability to build relationships and that is important at any level of basketball. He’s as good as I’ve ever seen in connecting with people, not only with kids, but with coaches and families and that’s what makes him a great recruiter. I think Matt is as good of a recruiter as there is in the country.”

Sadler returns to Nebraska after spending the last five seasons at Southern Miss, where he helped the Golden Eagles improve their win total in each season since 2014-15, becoming one of three teams in the nation to hold that distinction. Despite two years of postseason bans, scholarship reductions and other inherited sanctions, Sadler guided Southern Miss to back-to-back Conference USA semifinal appearances in 2018 and 2019. Last season, he led Southern Miss to 20 wins and a runner-up finish in Conference USA.

He teamed up with Hoiberg at Iowa State in 2013-14, helping the Cyclones to a 28-8 record, a Sweet 16 appearance and the school’s first Big 12 Tournament title since 2000. He coached a pair of All-Americans in Melvin Ejim and DeAndre Kane, while Ejim was named the Big 12 Player of the Year in 2014.

“In talking with Doc, you see that Nebraska is a special place for him, and I am excited to bring him back on staff.” Hoiberg said. “Doc was an instrumental part of our staff at Iowa State when we won our first Big 12 Tournament title in 2014. Not only does he bring a wealth of experience and an extensive recruiting background, but he is a highly respected coach on the floor who will be valuable on our staff.”

Sadler served as the head coach of the Nebraska program from 2006 to 2012, leading the Huskers to three NIT appearances (2008, 2009 and 2011) and posting a 101-89 record. Sadler’s Huskers led the Big 12 in scoring defense three times in six seasons and posted nine wins over ranked opponents in his tenure.

Prior to his stint at Nebraska, Sadler had a phenomenal two-year run as the head coach at UTEP (2004-06), producing a record of 48-18. The Miners won 27 games and advanced to the 2005 NCAA Tournament in his rookie season, the ninth-best win total by a first-year head coach in NCAA history. UTEP won 21 games and advanced to the NIT in his last season in El Paso. He also coached for five seasons at Arkansas-Fort Smith (1999-2003), leading the program to a 120-39 mark and three postseason appearances.

Gates will begin his second year on the Nebraska staff after joining the program in May of 2018. Gates worked with the Husker backcourt, and helped the development of Glynn Watson Jr., who posted a career-high 13.6 points along with 4.1 rebounds and 3.1 assists per game in 2018-19.

“I’ve been impressed with Armon as I’ve gotten to work with him over the past week,” Hoiberg said. “He’s been good on the floor with our players during workouts and gives our staff someone who has experience with both our current players and of the Big Ten.”

Gates has worked in the Big Ten for the last six years, serving as an assistant to Chris Collins at Northwestern from 2013 to 2018. He helped the Wildcats to a pair of 20-win seasons and the school’s first-ever NCAA berth in 2017. Gates also helped the Wildcats bring in a pair of top-30 recruiting classes during his tenure at the school. A 2006 graduate of Kent State, Gates served as an assistant at his alma mater from 2008-10, as well as stints at TCU (2010-11) and Loyola Chicago (2011-13).

Lutz brings more than 30 years of coaching experience to Nebraska, and teams up with Hoiberg for the third time in his career. Lutz has won nearly 400 games as a college head coach and reached the postseason 22 times as either a head coach or an assistant. Lutz reunites with Hoiberg as the pair worked together at Iowa State during the 2010-11 campaign, building the foundation for the Cyclone program. Lutz most recently worked with Hoiberg in the Chicago Bulls organization, serving as an assistant with the Windy City Bulls of the NBA G League in 2016-17.

“Bobby was my first hire when I got to Ames, and I relied on him during my first year of coaching,” Hoiberg said. “He has an unbelievable basketball mind and is a great sounding board for me with his experience as a head coach. Bobby’s basketball knowledge and expertise will be a great resource for our staff.”

Prior to coaching in the professional ranks, Lutz spent five seasons at North Carolina State, and was instrumental in helping the Wolfpack make four straight NCAA Tournaments, including a pair of Sweet 16 appearances. Lutz is most known for his successful tenure at Charlotte from 1999 to 2010, where he guided his alma mater to eight postseason appearances (five NCAA, three NIT) in 12 seasons. He is the winningest coach in 49er history, posting a record of 218-158 and winning three Conference USA titles (1999, 2001 and 2004). He had four top-20 national recruiting classes and tutored 10 players who earned first-team all-conference honors.

Lutz also served as the head coach at Pfeiffer, an NAIA school in Misenheimer, N.C., from 1986 to 1995, posting a 181-91 record and qualifying for six straight NAIA Tournament berths, including three Final Four appearances. A 1980 graduate of UNC Charlotte, he also was as an assistant coach at Clemson (1984-86) and Charlotte (1996-98).