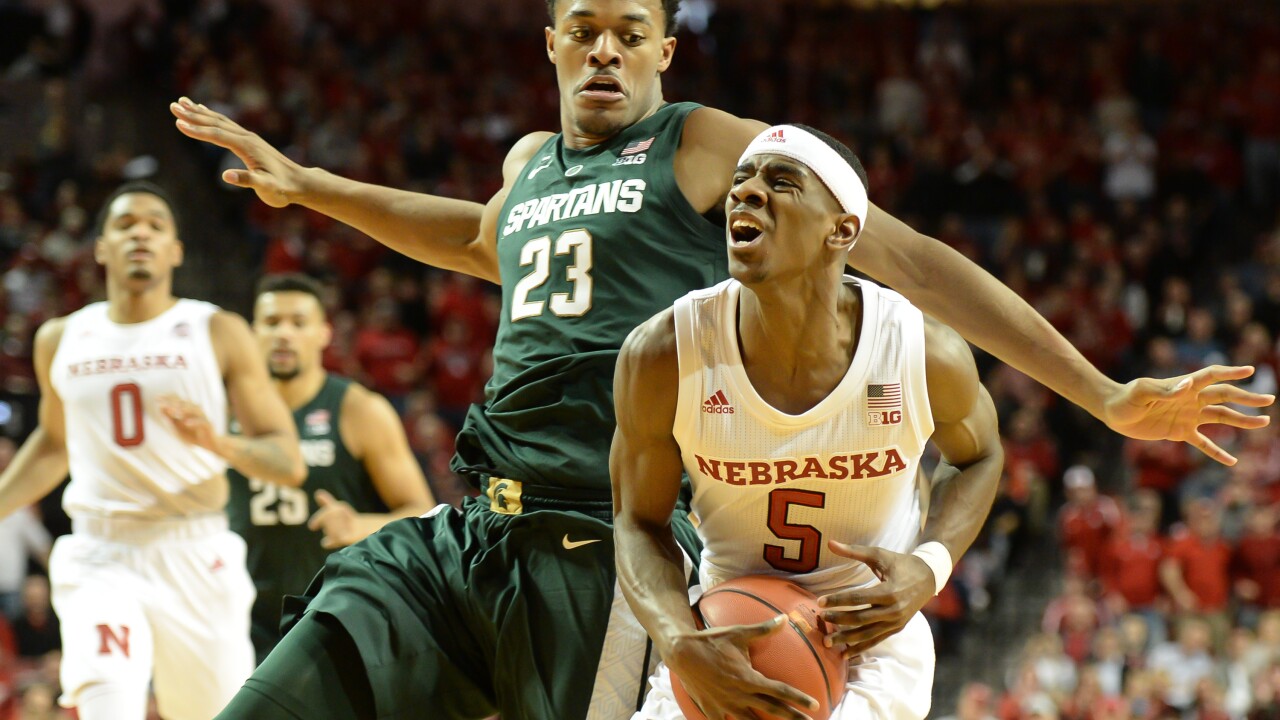 LINCOLN, Neb. (KMTV) — The Nebraska men's basketball team went cold in the 2nd half and had its 20 game home winning streak snapped on Thursday by Michigan State, 70-64. The Huskers missed 15 straight three point shots during the 2nd half to finish 5-26 from downtown. James Palmer Jr. scored 24 points in the loss for the Big Red.

The Spartans, meanwhile, set a school-record with their 19th straight conference victory. Cassius Winston scored a game-high 29 points for the Spartans going over 1,000 for his college career.

Nebraska visits Rutgers on Monday starting at 7 p.m. on BTN.