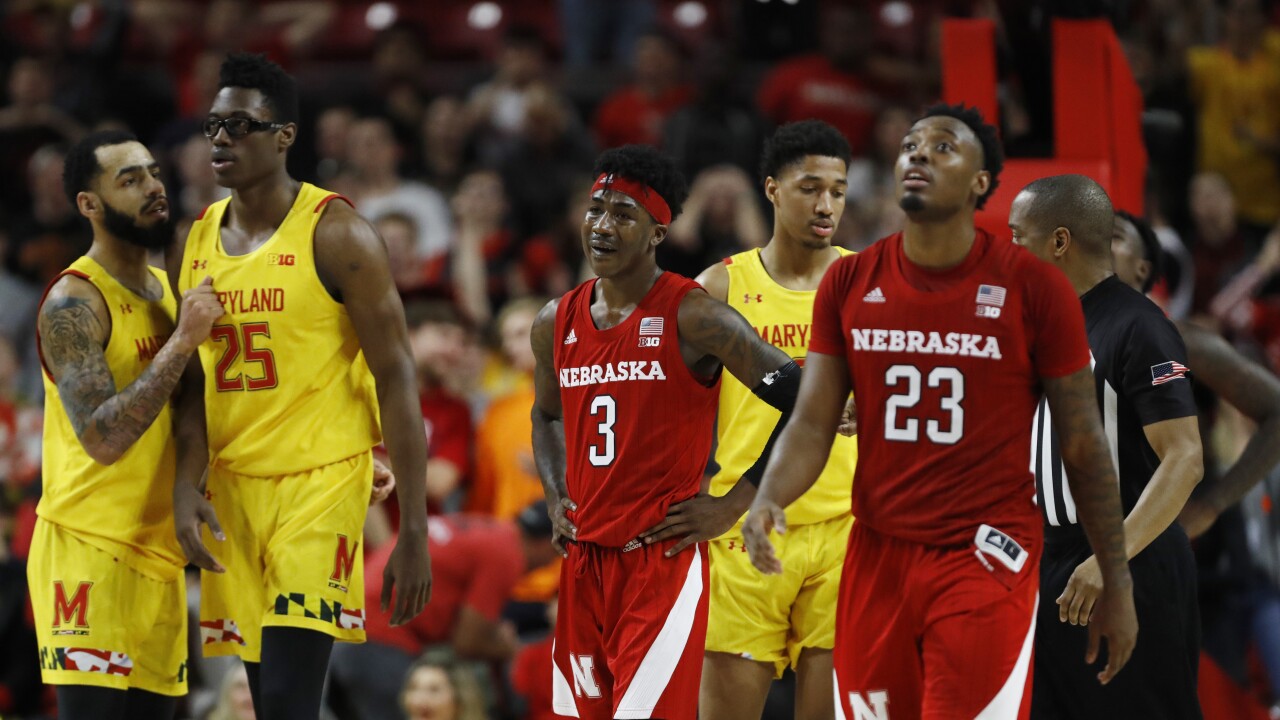 Julio Cortez/AP
Nebraska guard Cam Mack (3) reacts after his shot in the final seconds of the game was blocked by Maryland forward Jalen Smith (25) during the second half of an NCAA college basketball game, Tuesday, Feb. 11, 2020, in College Park, Md. Maryland won 72-70. (AP Photo/Julio Cortez)

COLLEGE PARK, Md. (KMTV) — The Nebraska men's basketball team battled back from a 14 point deficit in the 2nd half and had a chance to take the lead in the final seconds but the Huskers fell just short at #9 Maryland on Tuesday night, 72-70.

Nebraska hosts Wisconsin on Saturday afternoon at 1:15 p.m. on BTN.