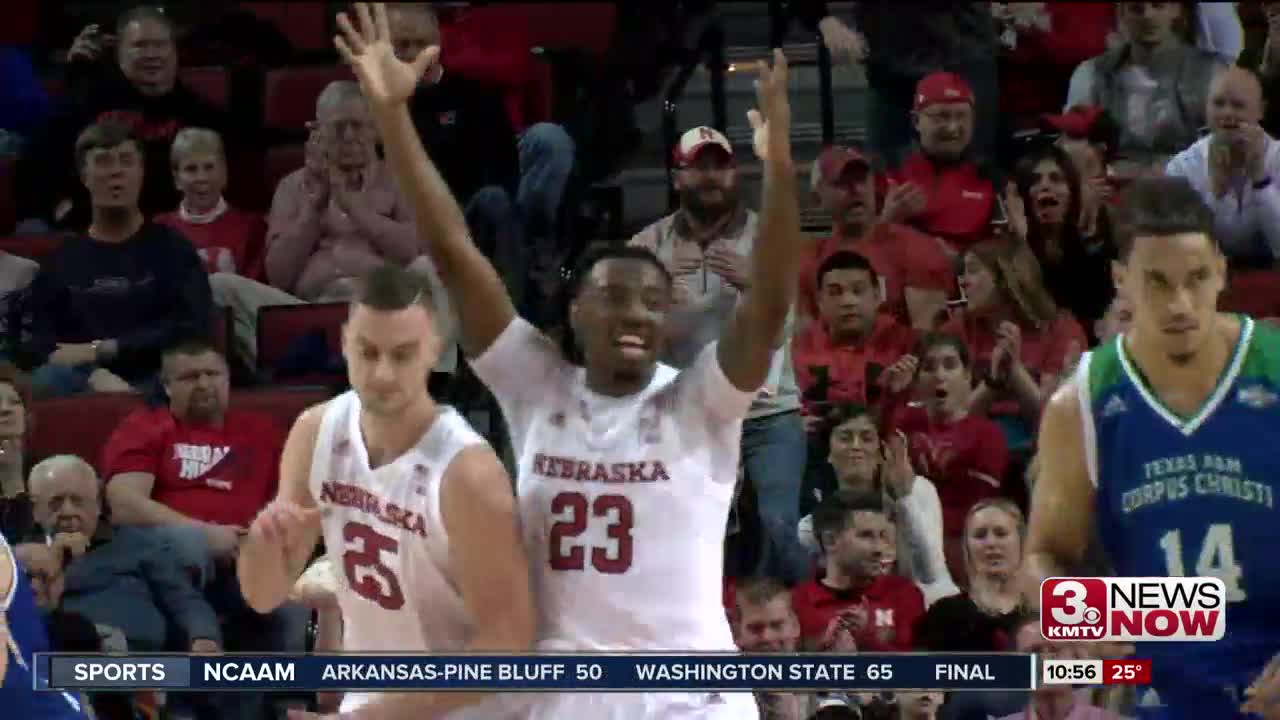 LINCOLN (KMTV) — The Nebraska men's basketball team pulled away in the 2nd half to beat Texas A&M Corpus Christi in the Huskers' non-conference finale on Sunday, 73-52.

Haanif Cheatham scored 17 points to lead NU & was one of four Huskers in double figures. The 52 points allowed was the lowest of the season for Fred Hoiberg's team.

Nebraska improved to 6-7 and will return to Big Ten play Friday at home against Rutgers starting at 7 p.m. on BTN.