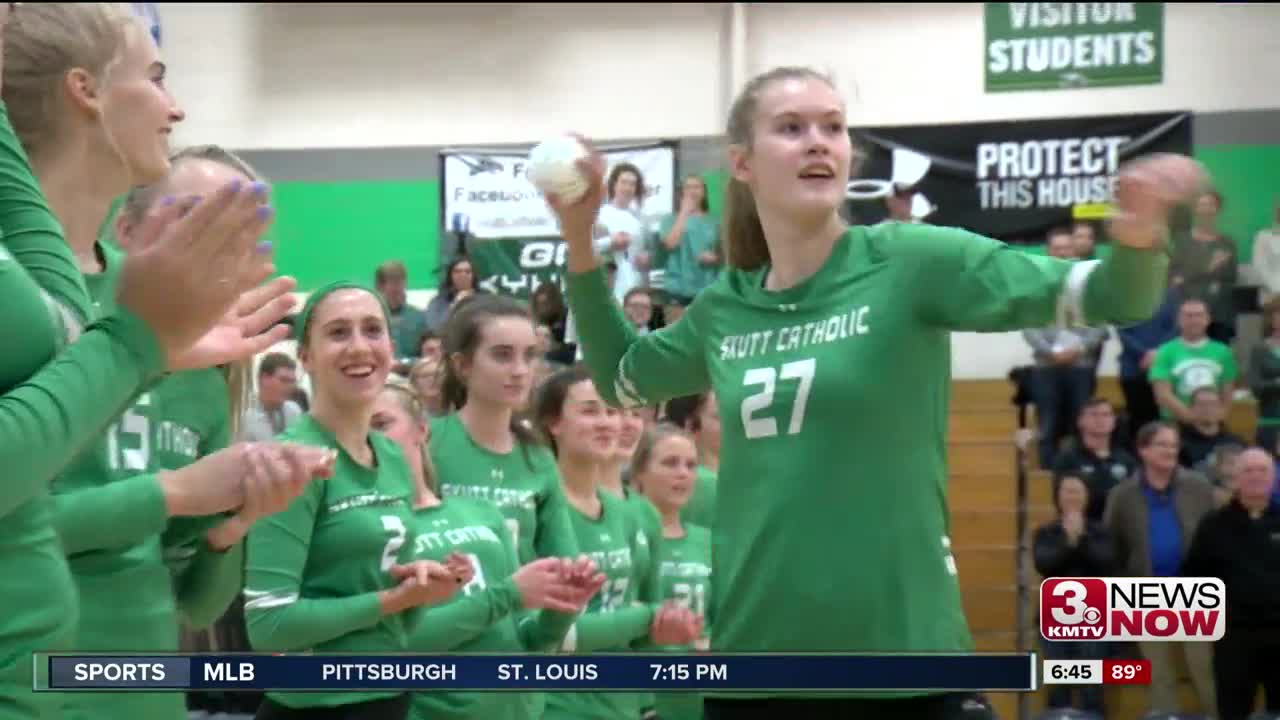 Husker commit Lindsay Krause hopes to be one of 12 girls to make the U.S. Youth National Training Team that will compete in Cairo, Egypt in September.

OMAHA, Neb. (KMTV) — Lindsay Krause hopes to one day add her name to the list of Husker volleyball legends that gone on to play in the Olympics.

The Skutt junior & Nebraska commit is trying out for the U.S. Girls Youth National Training Team this week in Colorado Springs.

"I'd say there are some nerves but I'm usually able to stay pretty calm," said Krause.

Krause is one of 24 teenagers that hope to make the 12 player roster that will compete in the Under 18 World Championships in Cairo, Egypt this September.

The six-foot-three outside hitter made the cut for a similar team that competed in Honduras last year.

"It's such a dream come true," Krause said. "It was such an amazing experience and this year with it being world championships, it'd be just so amazing to make the team again and play against even more countries."

If Krause makes the final 12, she would miss a handful of games with her Skutt High School team that is going for five straight state titles this fall.

"It's really something that I was kind of sad that if I made the team I'll miss a good chunk of the season," said Krause. "But they were all really supportive and they know big of an opportunity this is for me."

Krause committed to Coach Cook & the Huskers the summer before she even started high school. Some consider her the best in-state recruit since the Rolfzen twins in 2013.

"I try not to think about it," Krause said. "I know how good I am and I know how I can play and obviously, other people have seen that in me too or else I wouldn't be where I am today."