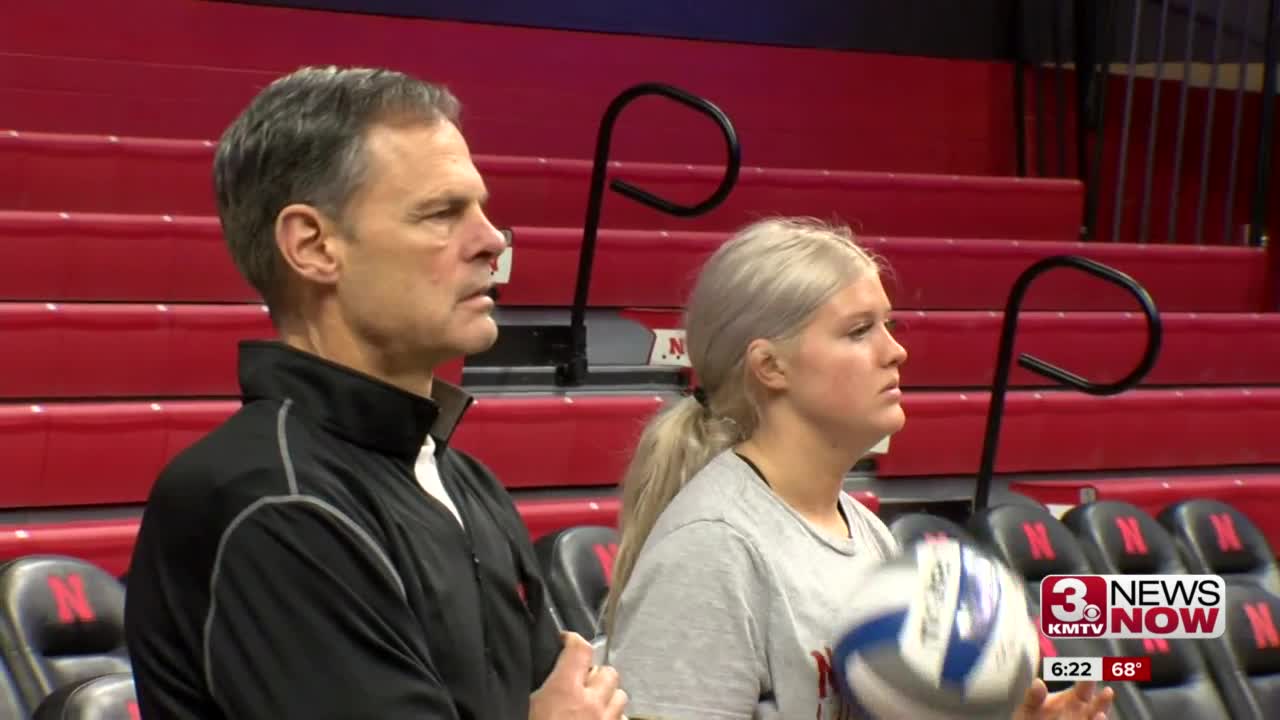 Nebraska volleyball coach John Cook is hopeful the Huskers will be able to play the 2020 season.

LINCOLN (KMTV) — The Nebraska volleyball team hopes to resume in-person workouts with each other sometime this summer. Head coach John Cook, meanwhile, is currently out of the state. He's actually in the mountains of Wyoming helping build a house.

"The biggest challenge is try not to go crazy cause we're so use to building everyday, working everyday, setting goals everyday," said Cook. "There's days I don't even know what day of the week it is. I don't know what the date is. You just kind of lose track of time. That's one of the reasons I came up to the mountains is to work so I could feel like I'm accomplishing something."

Cook recently gave the keynote address for the UNL commencement ceremony, which according to the university was the first time a coach has been asked to do so.

"It was definitely a highlight for me to even be asked cause to me that's a very special day," Cook said. "It's a major accomplishment in people's lives. I worked hard on that speech trying to do something that would be appropriate for what's going on and be able to send a message that people could take with them."

Cook says the team has pretty much stopped Zoom calls & is anxious to reunite with each other.

"They're sick of it," said Cook. "I think everybody's craving the personal communication and the day to day contact. That's what our players would tell you the hardest thing has been is just they don't get to connect everyday. That's been the hardest thing for them. Everybody misses sports. It's a big part of our lives and especially in Nebraska. So I know people are fired up."

Cook says he's had meeting with the Big Ten regarding any possible schedule changes this upcoming season.

"We're redoing our Big Ten schedule so you don't have to travel as much," Cook said. "So that's the big thing. So we're going to get a new schedule. It'll still be a 20 game schedule. The big debate is will we have a non-conference? We're just hopeful we have a season but they're moving forward as if we're going to have it. We just don't know when we can start training and get people back in here. Yeah, I'm nervous and concerned. It worries me and then if we don't have a fall season do we have a spring season?"

NU returns all of its starters from last years squad that made it to the elite eight. And the Huskers want to take it one step further this season with the Final Four being held in Omaha.