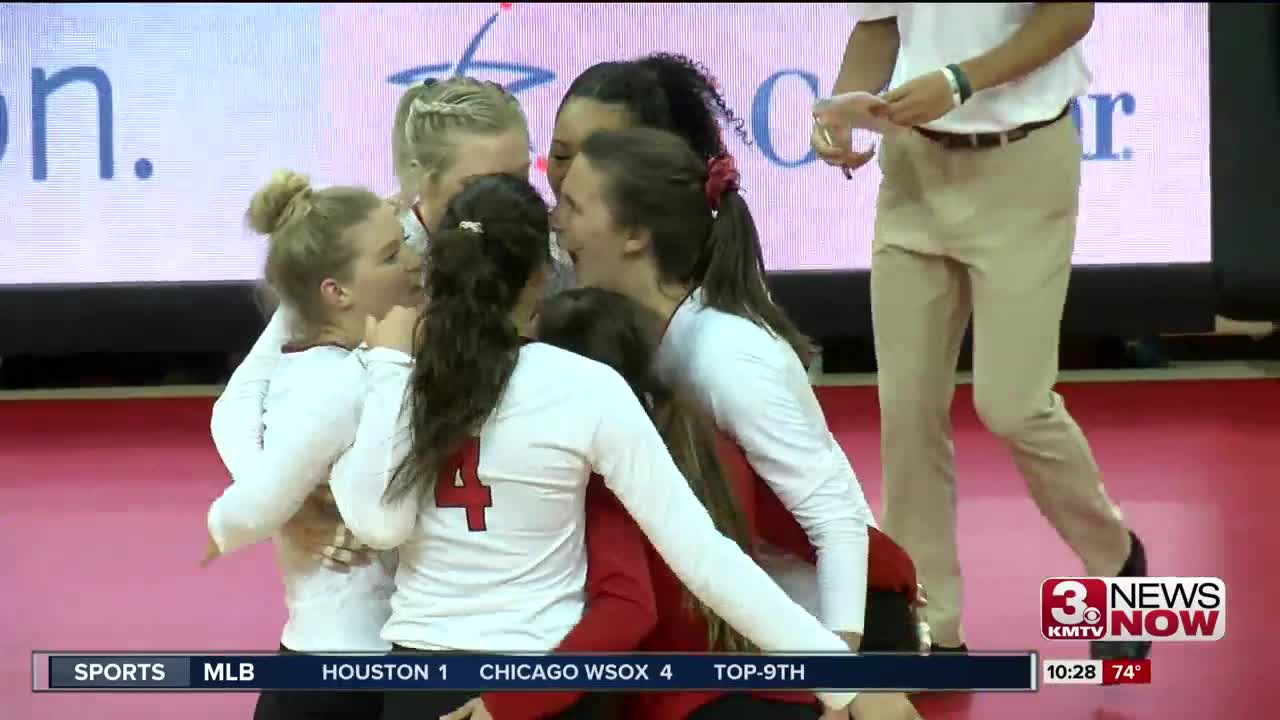 The Nebraska volleyball team is ranked second in the AVCA Preseason Coaches Poll, which was released on Tuesday.

The Huskers received one of the 64 first-place votes and totaled 1,451 points. Stanford, which received 62 first-place votes, took the No. 1 ranking with 1,598 points. The Cardinal defeated the Huskers in the NCAA Championship match last December in Minneapolis, 3-2. The two teams will meet this regular season on Wednesday, Sept. 18 at the Bob Devaney Sports Center. This marks the second straight year the Huskers will begin the season at No. 2.

Minnesota (1,414), Texas (1,385) and Wisconsin (1,329) rounded out the top five. Other Big Ten teams in the top 10 included No. 6 Illinois and No. 8 Penn State. The Nittany Lions received the final first-place vote. Nebraska is scheduled to play 12 regular-season matches against teams ranked in the AVCA Preseason Poll.

The Huskers return five starters from last year's team, including first-team All-America middle blocker Lauren Stivrins. Nebraska will be replacing significant contributors in outside hitter Mikaela Foecke and libero Kenzie Maloney, who both won two NCAA Championships and two Big Ten titles with the Huskers in their four years at NU.

The Huskers begin the season with the Red-White Scrimmage on Saturday, Aug. 24 at 6 p.m.

Creighton is ranked 18th in the poll.