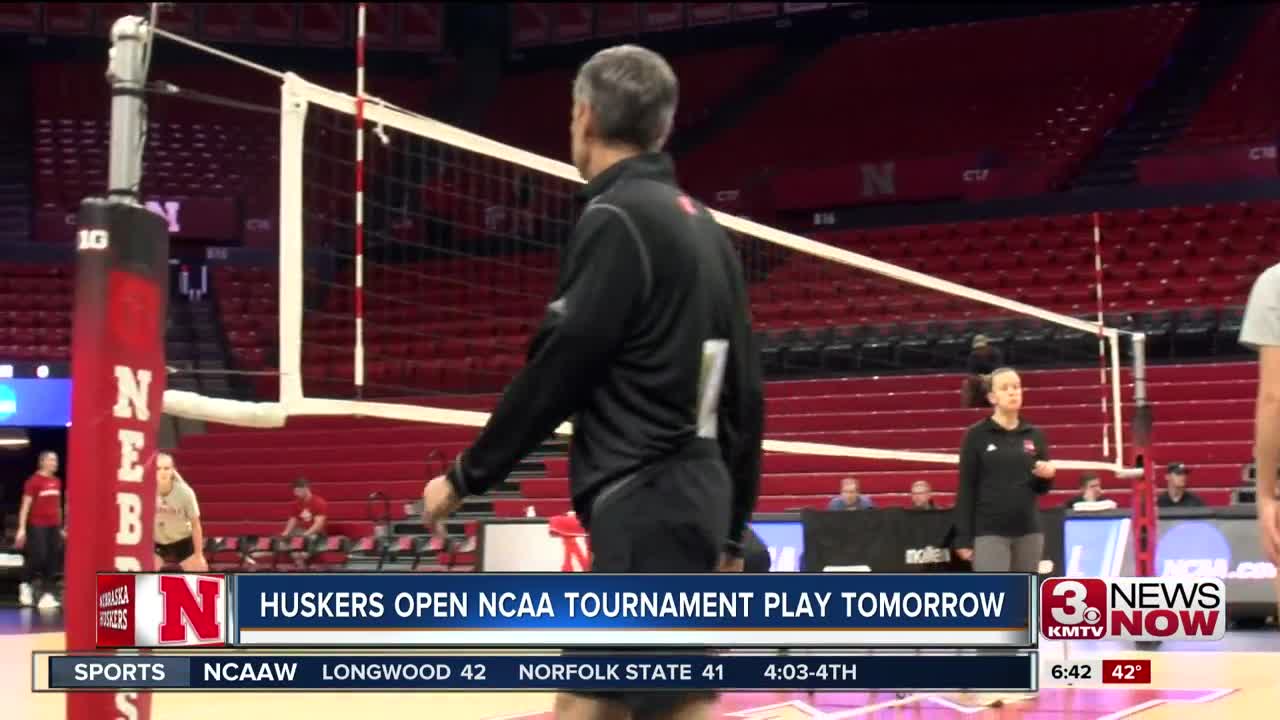 LINCOLN, Neb. (KMTV) — The 5th seed Nebraska volleyball team begins its quest for a 5th straight Final Four on Friday in Lincoln against Ball State. The Huskers enter their first round matchup against the Cardinals with a 25-4 record.

"I think we've been doing a good job of being mindful when we train of not taking reps off," said junior Lauren Stivrins. "So hopefully we can go out here this weekend and take care of business."

This is the 16th year in a row Nebraska has hosted during the first weekend of the tournament.

"I think everyone's just a little bit more excited cause you get close to the end of the season and you're just excited about the run you're going to make in the tournament," said sophomore setter Nicklin Hames. "Last year we went all the way and it was a lot of fun and so I think everyone knows how fun it is."

The Huskers haven't lost in the opening weekend since 2011.

Friday's match is scheduled to start at 7 p.m. or 30 minutes following the conclusion of the UNI/Missouri matchup, which starts at 4:30 p.m. Nebraska's match will be shown on NET.