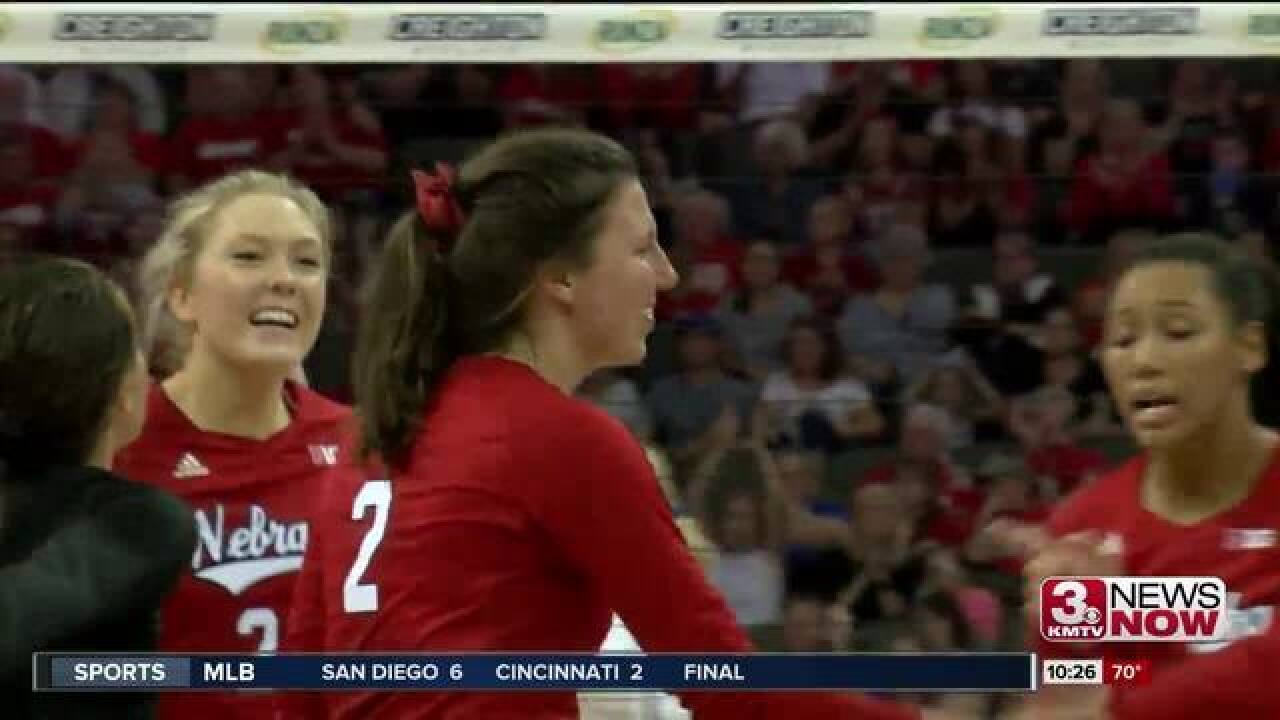 The Nebraska volleyball team wrapped up the regular season with its eighth win a row, defeating Maryland 25-13, 25-10, 25-18 in front of a crowd of 8,139 on Senior Night at the Bob Devaney Sports Center on Saturday.

The sixth-ranked Huskers finished the regular season at 24-6 overall and 15-5 in the Big Ten, which will earn them a tie for third in the conference standings. Nebraska dominated the match against Maryland from start to finish, never trailing at any point. Mikaela Foecke had another outstanding match on her senior night, posting 16 kills on .577 hitting with seven digs and two blocks. The All-American outside hitter moved within 18 kills of passing Jordan Larson for fifth place on Nebraska's all-time career kills list. Lauren Stivrins added eight kills and six blocks, and Lexi Sun contributed six kills and nine digs.

The Huskers hit .414, their third straight match hitting better than .350. Nicklin Hames coordinated the efficient night with 32 assists and seven digs. Nebraska held Maryland to a .021 hitting percentage, the 13th time a Nebraska opponent has hit lower than .100 this season.

Callie Schwarzenbach had five kills and two blocks, moving within one block of tying Tracy Stalls for the most blocks by a Husker freshman in a season (160). Capri Davis had four kills on four swings, and Jazz Sweet tallied four kills and three blocks.

Nebraska had a 9-7 edge in blocks, a 5-2 edge in aces, and a 48-29 advantage in digs. Senior libero Kenzie Maloney had 11 digs and three aces in her final regular-season match as a Husker, and Megan Miller added eight digs and an ace.