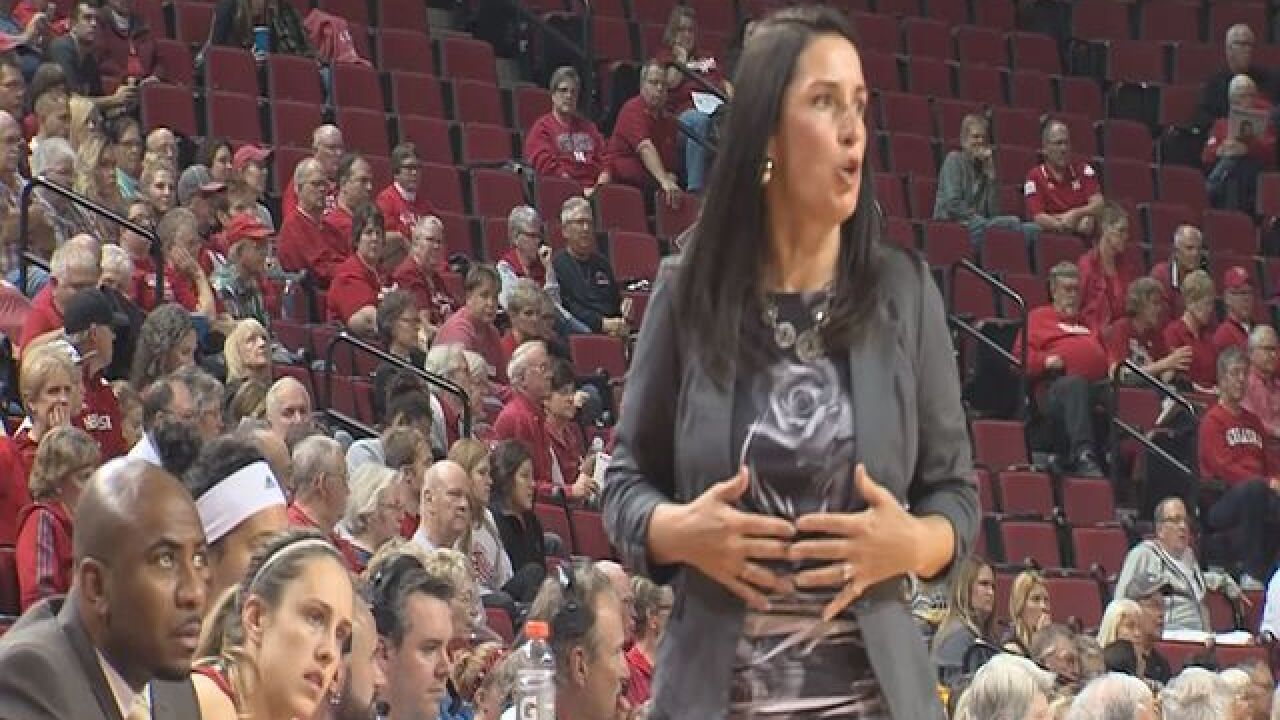 The Nebraska women's basketball team picked up its first win over a ranked team this season with a 74-65 victory over No. 20 Iowa on Tuesday night.

The Huskers were led by Lincoln native Maddie Simon, who scored 19 points. Hannah Whitish added 18 points and Taylor Kissinger had 12. The win snapped a five game losing streak to Iowa.

NU held the Hawkeyes without a three pointer all night as Iowa was 0-7 from downtown. Megan Gustafson scored a game-high 29 points to lead the Hawks. It marked the Big Red's first victory over a ranked opponent since February 14, 2016.

Nebraska improved to 13-6 overall and 4-2 in Big Ten play. The Huskers hit the road, where they are undefeated this season, to take on 25th ranked Rutgers on Sunday.