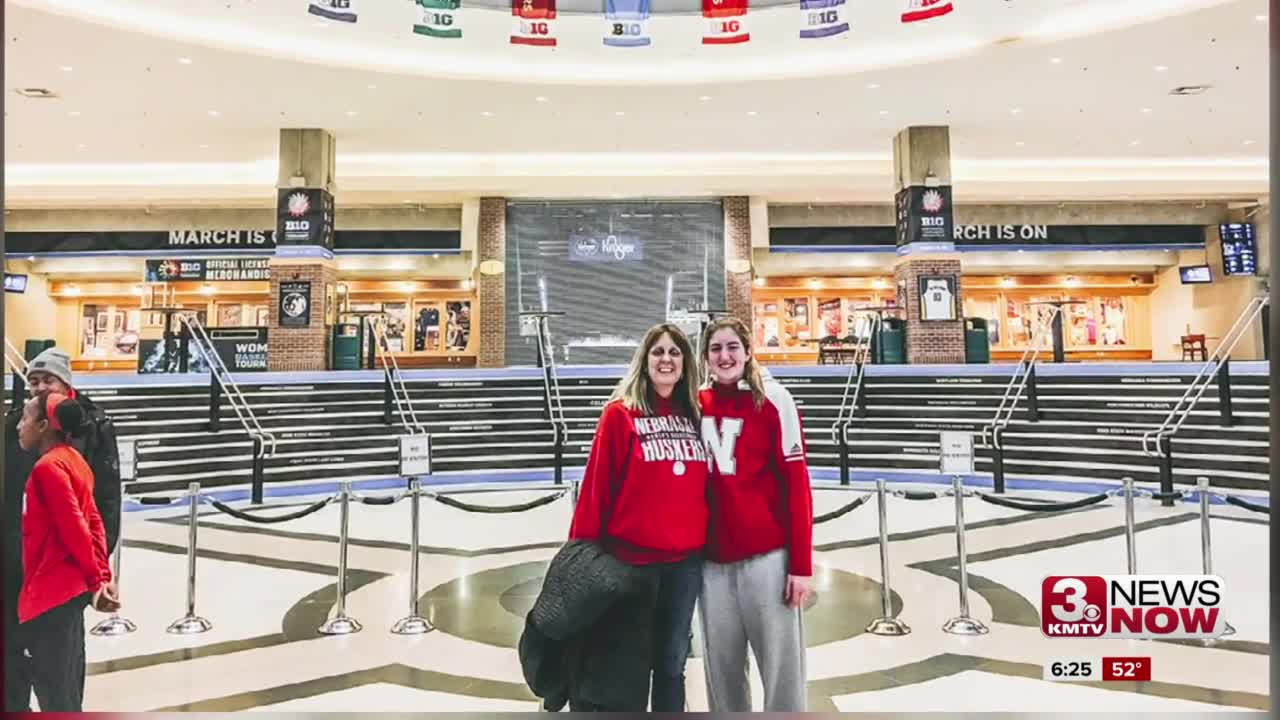 NU women's basketball player Kate Cain and her immediate family were diagnosed and have recovered from the coronavirus.

LINCOLN (KMTV) — For Nebraska women's basketball player Kate Cain, the coronavirus pandemic hit home. The Middletown, New York native along with her immediate family were all diagnosed & have since recovered from COVID-19.

"It's just crazy to see how quickly everything can change," Cain said.

After classes were moved online for the rest of the semester in mid-March, Cain returned to her hometown.

"Even though I knew coronavirus was a lot more prevalent there, I felt like I would rather be with my family still," said Cain.

A few weeks later, Kate's father Tim, who works at West Point for the Army Corps of Engineers, began to feel sick.

"We learned shortly after that one of his coworkers tested positive for the coronavirus," Cain said. "Then kind of everything went crazy from there."

While Kate and her younger brother had no symptoms, her older brother, mother & father did. The testing process was anything but smooth for the Cain family.

"The testing process was crazy actually because it's so hard to get tested," said Cain. "My dad, when he did get tested, got his results back eleven days later. It took my mom about five orsix times for them to even test her because my mom had almost every symptom you could've thought of except a fever. So if you didn't have a fever, they were just like oh, you're probably good."

Kate's mother, Alison, had already undergone a kidney transplant a few years earlier. So because of her compromised immune system, she suffered from coronavirus-induced pneumonia & had to be hospitalized for a day.

"The day before she was put in the hospital and given some medicine I was very, very stressed and very upset just about everything that was going on because it was very scary and I had never seen her that sick," Cain said.

Everyone in Cain's family has recovered from COVID-19 & Kate is hoping to return to Nebraska in the next month to prepare for her senior season.

"I miss it a lot," said Cain. "It's just like I miss the routine of everything. I even texted our strength coach because I'm not the one to love to lift and I'm like I'm ready to lift. I really want to lift. Things like that. We have a hoop in the driveway so I've been shooting a little bit here and there when it's not raining cause that's another thing about New York: the weather has not been super nice here during all this. So, we're just really stuck in the house on rainy days and it's just not great but I'm just really excited to be back with the team and Nebraska and just get back on schedule."