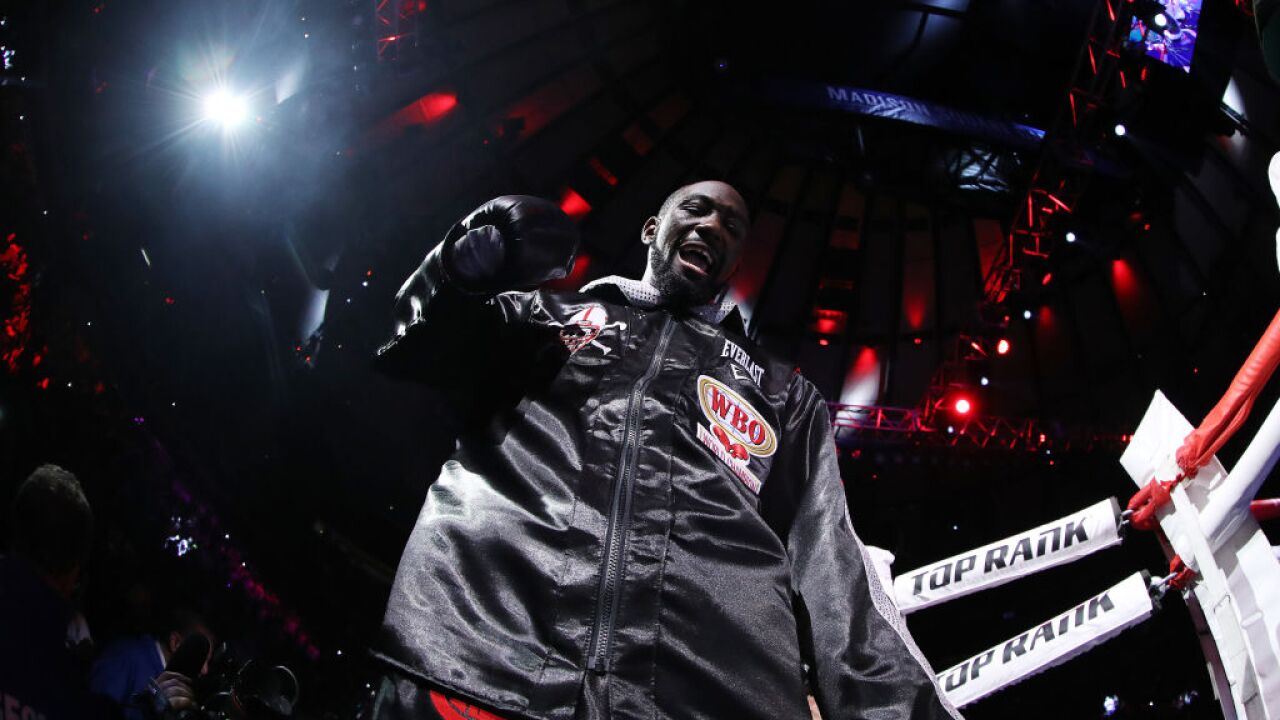 Crawford improved to 36-0, 27 of those coming by KO. He knocked down Mean Machine in the 7th round and then finished him off in the 9th. It marked Bud's 7th straight win by KO.

It appeared Crawford might have been knocked down himself in the 2nd round, but the referee ruled it a slip.

"I thought I'd entertain y'all for a little bit," Crawford told the crowd on ESPN afterwards.

The Nebraska native wore a robe to the ring that featured the Blackshirts logo. His mouthpiece also featured the Huskers' logo.

"I'm not ducking anybody," Crawford said to ESPN when asked who he wants next. "Y'all pick 'em, I'll fight 'em."

Crawford is now to 14-0 in World Championship fights.