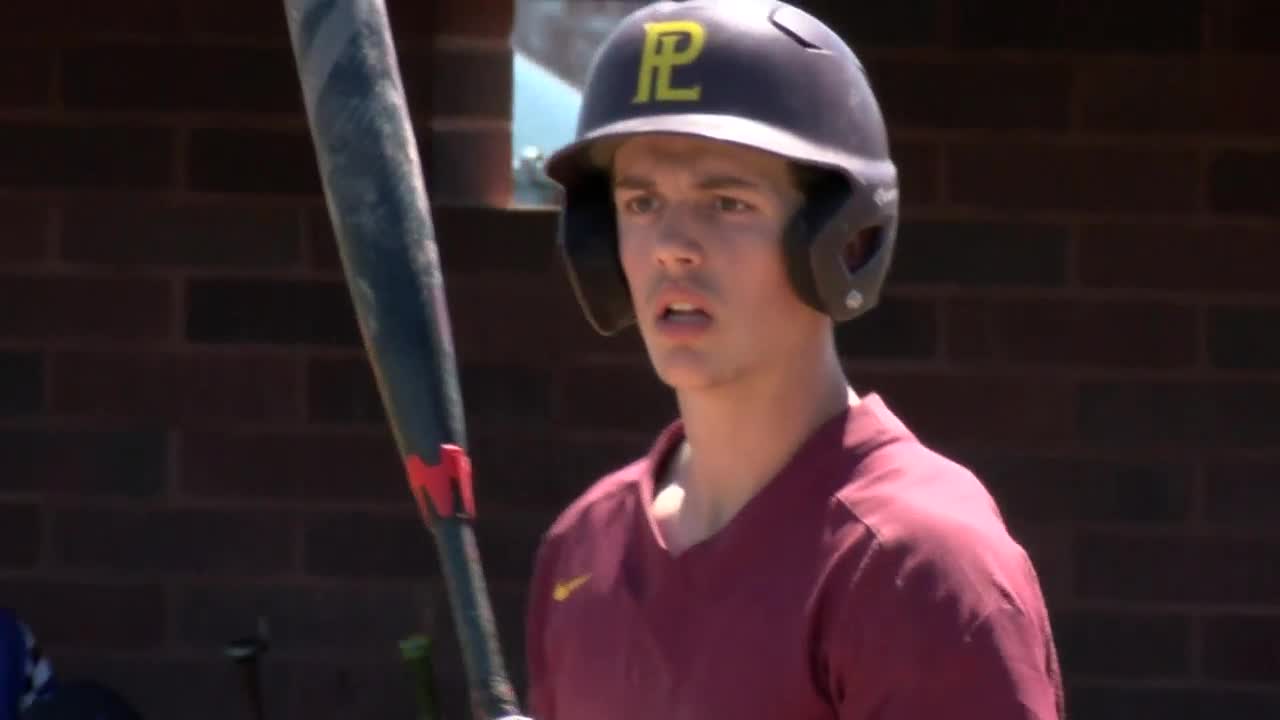 Papillion-La Vista baseball player Cole Whitehill is back &amp; better than ever after suffering a traumatic brain injury on the diamond last spring.

PAPILLION, Neb. (KMTV) — Cole Whitehill might be the most lively player on the Papillion-La Vista baseball team. But that might be because of an accident that almost took his life.

"I literally thought he was going to die on the field," said Monarchs head coach Nate McCabe.

On May 5th 2018, Whitehill was manning his usual left field spot for the Monarchs in the district semifinal against Millard North.

"There was two outs left and the game would've been over," said Cole's mom, Julie. "And there was a what do they call them tweeners, between left field and shortstop and they're both going hard after the ball. And next thing I know, they're yelling for help and somebody call 9-1-1."

On a fly ball, Cole collided with a teammate who was playing shortstop.

"I honestly expected both guys to pop right back up," McCabe said. "Because both guys are kind of like that. And when they didn't, it was like OK we've got to hustle. It was the scariest day I've ever had in baseball."

"It was not a good sight," Julie said. "He had his eyes rolled back in his head. He was making awful noises and I honestly thought I was losing my son."

Cole was rushed to the hosptail, where a cat scan revealed bleeding in five spots on his brain. Doctors thought Whitehill would need to go to a rehabilitation hospital and be sidelined for six months. Papio had to continue playing that day, but the Monarchs' minds were definitely not on the diamond.

The accident occured on a Saturday and by Monday, Cole was able to come home. He spent much of the next week sleeping. then on the following Friday, Whitehill's condition dramatically improved.

" remember waking up the next week and it was just like a switch had flipped and I was starting to feel better," said Cole. "I still had a little bit of balance issues but it was starting to go the right way."

After regaining his balance and some of his hand-eye coordination, Cole was able to rejoin his team less than three months following the accident.

"The doctors were absolutely amazed," said Julie. "Basically, shook their heads and short of calling it a miracle. From where he was on that field to where he ended up, I consider it a miracle and we're very, very blessed."

"God was watching him thankfully," McCabe said. "It was just a really bad day and a really bad injury that could've affected him big time and he hasn't let that happen."

"He still sleeps a lot," Julie said. "I don't know if that's just being a teenager or not."

"I'm super proud," said Cole. "It feels good to prove people wrong. You don't take things for granted anymore. Everyday you get to come out to the diamond, it's something special."