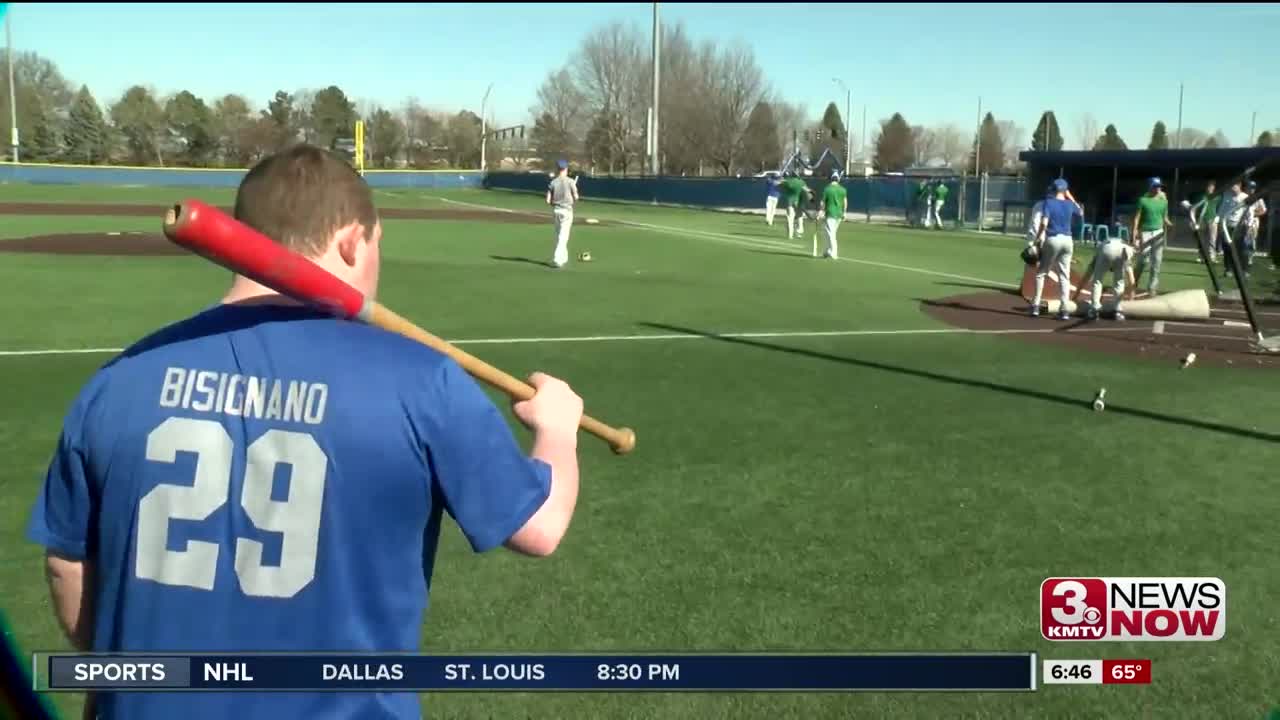 OMAHA, Neb. (KMTV) — Ryan Bisignano has two main loves: dill pickle sunflower seeds and Millard North baseball. The junior became the Mustangs' team manager last season and has been a hit with the squad ever since.

"Ryan, he's your friend," said Millard North head coach Dave Cork. "It doesn't matter if you're the best player or the bench player. He treats everybody the same."

"He's got the best attitude I've ever seen on a person," said junior outfielder and pitcher Ryan Mendez. "He always brings a smile. He's always got our backs no matter what happens. Like if we're winning or losing, he's always there for us.

Ryan has Down syndrome, but the mood is always up when he's around the Millard North team.

"If you come back in the dugout after striking out," Mendez said. "And you're all upset and you're just like man that was terrible, I don't even know why I swung at that and then Ryan's there. He doesn't care what happened up there: what play you made, what play you didn't make."

"You can't be in a bad mood when you're around him," Cork said. "If you are, just go stand by him and you'll immediately change your mood cause he's such a positive person."

"When we're trying to get a rally started or whatever," said Mendez "He just sits there on the bench next to one of the guys and he'll usually like put his arm around one of them. It's something simple but it's just something he does onsistently."

And in a game that can seem so complex on so many levels, Ryan's catchphrase often brings the team back to basics.

"Every time he says it we're like 'yeah that's right," Mendez said. "So he simplifies the game for us as we tend to overthink it a little bit."

"These kids are learning a lot of lessons from Ryan that they probably don't know that they're learning," said Cork. "His positive attitude about everything is something they'll take away years after this."