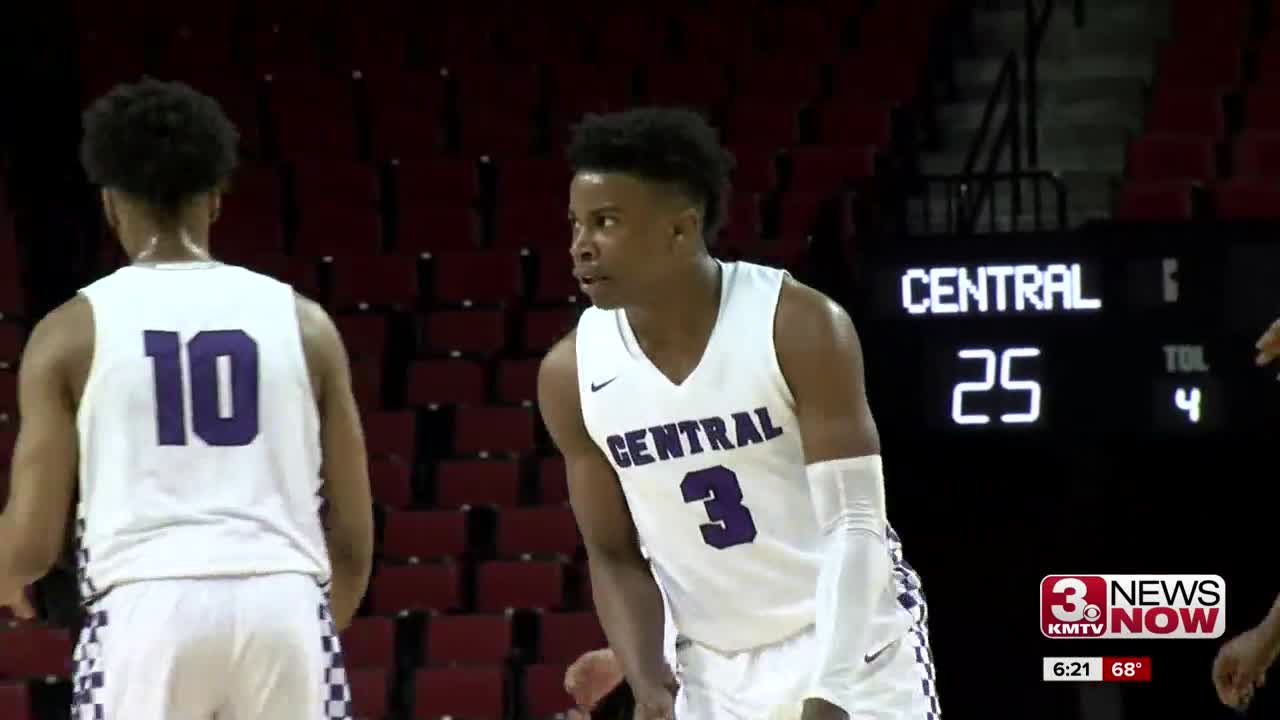 ELKHORN (KMTV) — Out of the half dozen Divison I offers, Cal State Fullerton had the right sell for Latrell Wrightsell Jr.

"Just playing with a great coach in a great environment," Wrightsell said. "I've also had a lot of recommendations from like players that play here."

The 6'2" Eagles guard chose the Titans over Purdue Fort Wayne, Bradley & North Texas among others.

"I wanted to see what was the best fit for me," said Wrightsell. "And where can I make an impact first thing as a freshman."

Wrightsell was helped throughout the recruiting process by his dad, Latrell Senior, who played at Creighton from 1988-1992.

"He was the one that started it by putting the ball in my hand," Wrightsell Jr. said. "So ever since I was a young age, he helped me out a lot like training me and getting me prepared for the big games and stuff. And then my mom academically."

During his time at Central, Wrightsell Jr helped the Eagles to four state tournaments, including a title game appearance his junior year.

"I wouldn't play for anybody else," said Wrightsell. "Coach (Eric) Behrens is a great coach. He's a great guy, great leader. He helps me on and off the court. Playing for Central, coming from a historic background winning a lot of state championships and then trying to get one ourselves. You can't really beat that. It's been fun competing in Nebraska. They always say we don't have basketball players here. So, obviously, proving them wrong is a big thing for us."

"70 degree Christmases," Wrightsell said. "Can't beat that. No snow. Maybe some rain, maybe some earthquakes, that's about it."