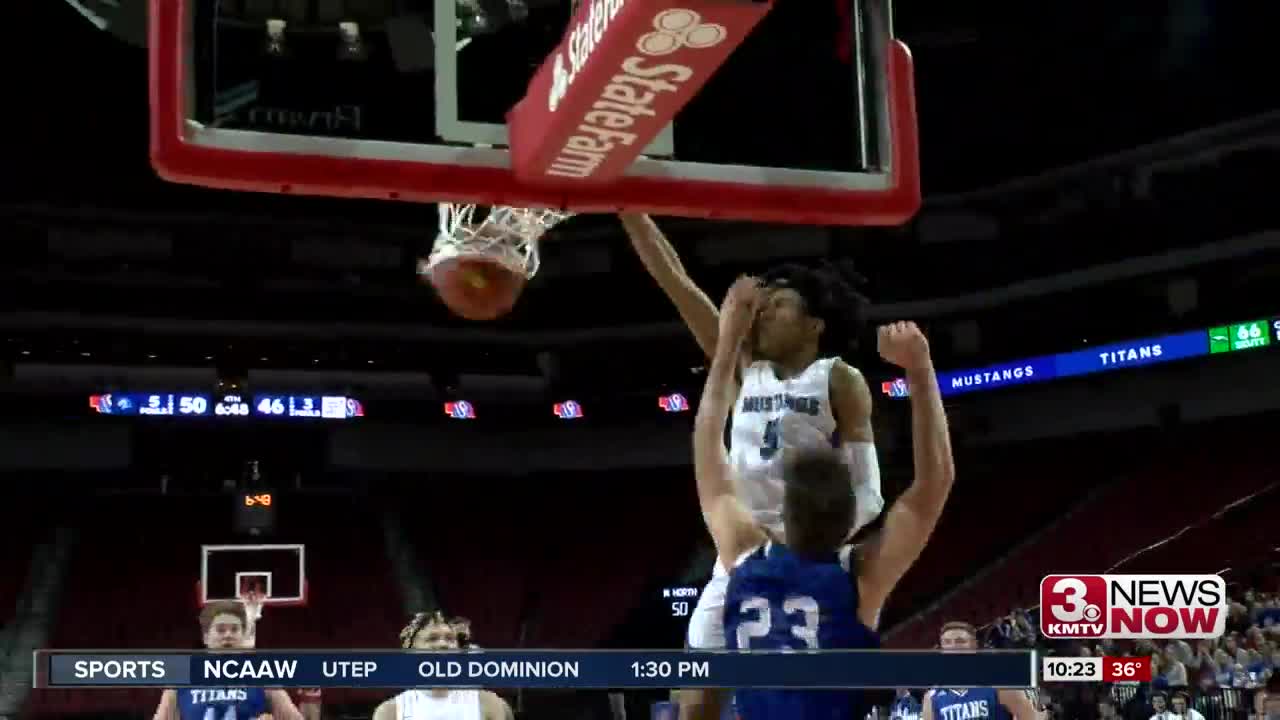 LINCOLN (KMTV) — The games went on Thursday in day one of the Nebraska boys' state basketball tournament.

In Class A, Saint Thomas hit the game-winner with less than 10 seconds remaining as Millard North knocked off Papio South, 62-60.

In Class B, Omaha Roncalli beat Hastings in overtime, while top-seed Skutt Catholic defeated Norris. The Skyhawks will face Elkhorn Mt. Michael, which knocked off Wahoo.

And in Class C1, defending champ Auburn held off Ashland-Greenwood.

To see all those highlights, click on the video above.