Class A Football VOTE: Who will win this year's State Championship? 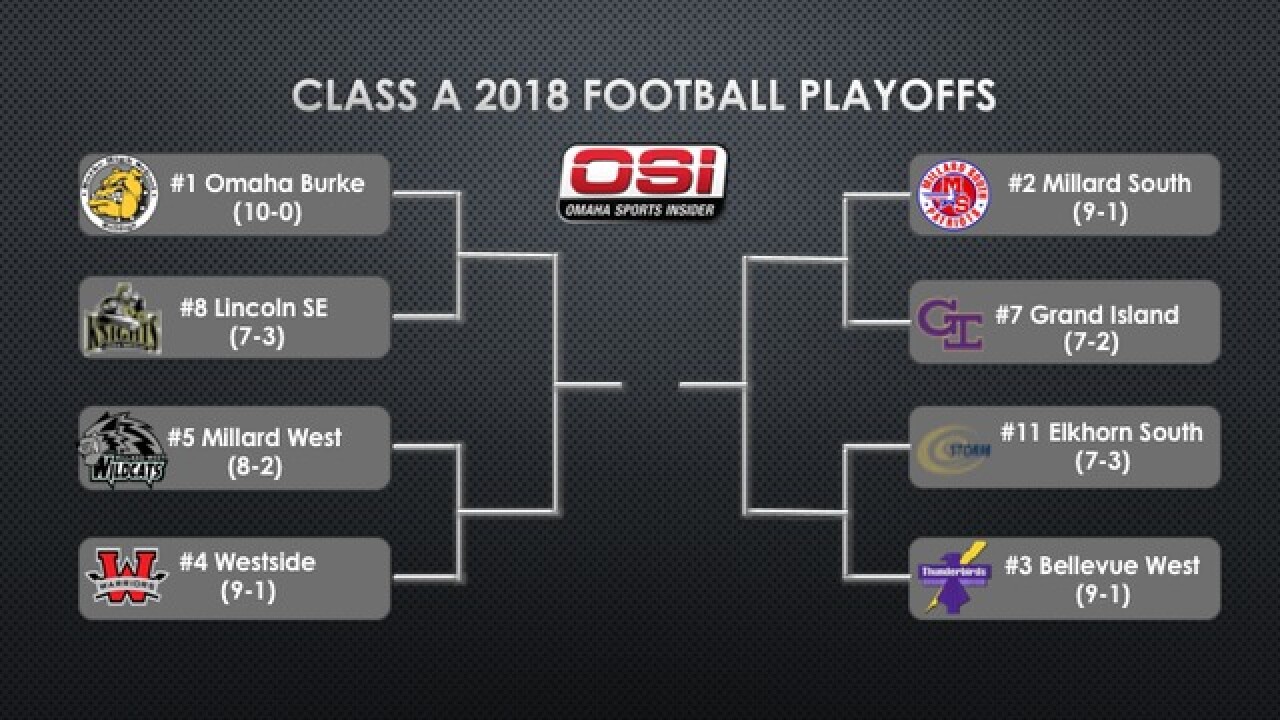 Copyright 2018 Scripps Media, Inc. All rights reserved. This material may not be published, broadcast, rewritten, or redistributed.
<p>Here's a look at the updated Class A Football State Playoffs bracket. </p>

The first round of the Class A football playoffs are in the books, and the teams are gearing up for the quarterfinals this Friday.

Top-seeded Omaha Burke will take on No. 8 Lincoln Southeast after defeating Papillion-La Vista in the first round last week. The Knights come into the matchup off of a win over Lincoln Southwest.

No. 4 Omaha Westside will host No. 5 Millard West in our OSI Game of the Week. The Warriors are coming off of a big win over Lincoln East, while the Wildcats took down Creighton Prep last Friday.

On the other side of the bracket, second-seeded Millard South will take on No. 7 Grand Island Friday night at Buell Stadium. The Patriots downed Lincoln Pius X in the first round, while Grand Island took care of business over defending state champs Omaha North.

No. 11 Elkhorn South shocked Lincoln High last week to advance to take on No. 3 Bellevue West. The T-Birds took down Kearney last Friday.

Who do you think will take home the Class A Football State Title this year? Vote for your school below!