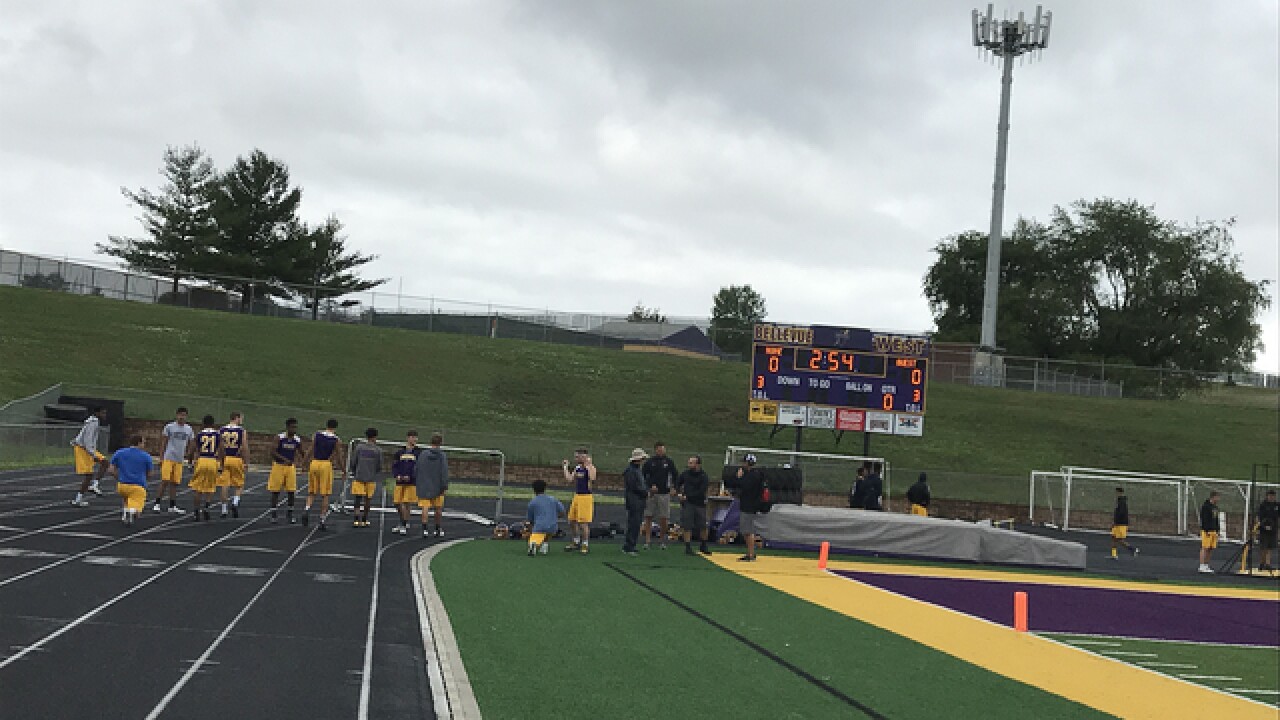 For any high schooler their social media says a lot about who they are. And Husker coach Scott Frost warns any hopeful that he looks at that to see who the player is on and off the field.

One post is all it takes, "it takes two fingers to remember forever and you can delete it but after you post it everyone can see it,” said Evan Kieser, wide receiver for Bellvue West. That's the message behind Husker coach Scott Frost's warning to any Husker hopeful. Frost saying that Husker staff will be checking all recruit's social media presence for anything negative about race, sexuality and gender to name a few.

In short checking a player's character on and off the field. Something Bellevue West head football coach Michael Huffman has told his players from day one. “Cause you don't want some stupid tweet when you're 15 years old to affect what happens when you're 18,” said Huffman. He says the first thing he checks every morning are his players' social media feeds because he knows that is how they communicate their lives on and off the field.

His players agreeing it's a place they are part of often. "It's a great tool if you are trying to meet new people or promote something that you are doing,” said Kieser. “I follow a lot of football stuff obviously because I love football so a lot of my stuff I go by is inspirational it just my next step of going to play college football and everything,” said Shane Smith, wide receiver and corner back for Bellvue West. Huffman sets guidelines for his players when they are on social media, "the first thing is there can be no bad words on there and as we were visiting earlier, they have to watch their retweets," said Huffman. Because he knows firsthand what recruiters are looking for.

"You got two guys that are an “A” in talent but one of them is a “C” in character, that's a no brainer you take the “A”. Players and coaches agree this new policy is a good step forward for Husker football. "They want their players to be the best on and off the field, it shows that they care,” said Smith. "If you can control yourself when you're alone and behind your screen he knows you can control yourself when you are on the team,” said Keiser. Because in the end it's all about teaching these young athletes to be a team player on and off the field. "We don't care who makes the tackles, we don't care who scores touchdowns as long as they're wearing purple and at Bellevue West everyone wears purple,” said Huffman.

Frost added in his comments that any player on the team will be dropped quickly if there is something deemed negative posted on their social media accounts.