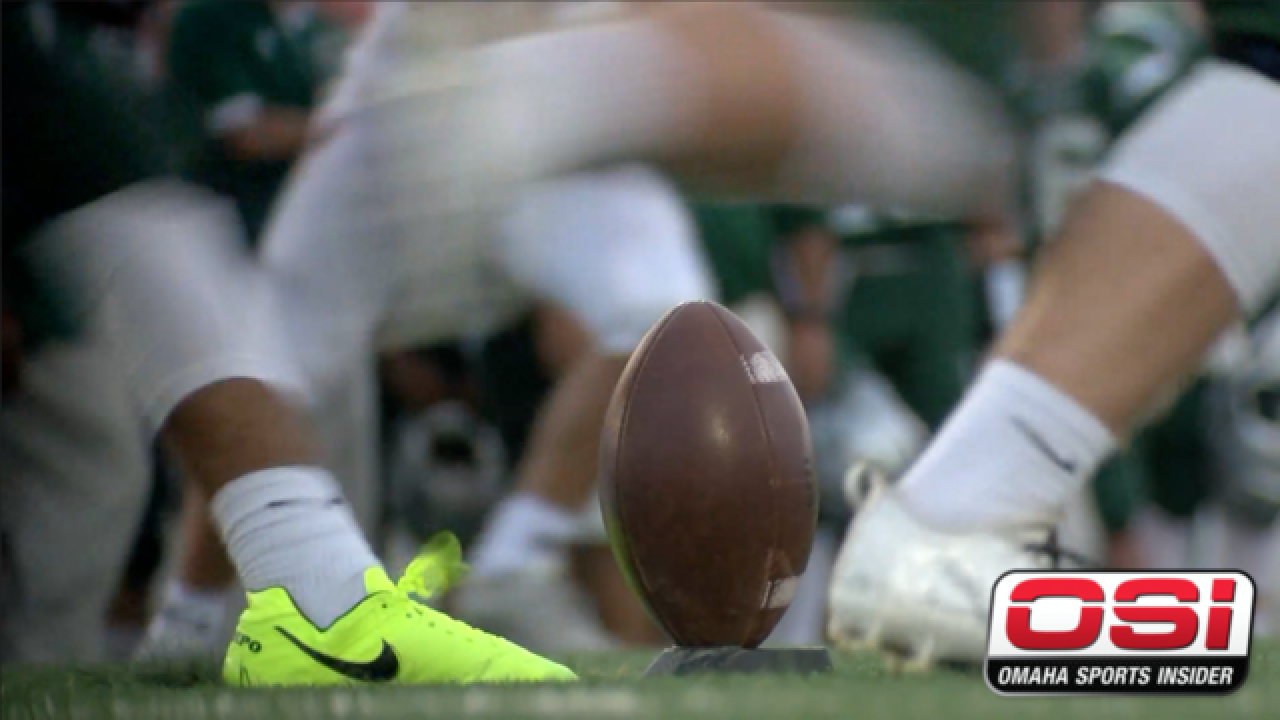 Thursday night high school football matchups from across the Omaha-metro are seeing delays due to the incoming severe weather threat for later this evening.

Last evening, it was announced that Bellevue West's matchup with Lincoln Pius X had been rescheduled to Friday, Sept 21 at 7 p.m.

Due to weather concerns, The Bellevue West vs. Lincoln Pius X Varsity Football Game has been moved to Friday, September 21st at 7:00pm. Hope to see everyone there for the game!!!@BellevueWestFB @PiusXtra

Millard North and Fremont were scheduled to play at 7 p.m. Thursday, but instead will be moved up to 4 p.m.

Today’s varsity football game vs Fremont has been moved to a 4pm kickoff in an attempt to stay ahead of the weather. Game is still at Buell Stadium. #rollstangs

PLEASE NOTE: Due to weather expected in the Omaha area tonight, the Prep vs. Westside varsity football game has been moved to Friday night at 7 pm at Benson High School Stadium (5120 Maple Street). Gates open at 5:45. CP fans will use the west gate and the west bleachers. Onward!

For an update on the severe weather situation around the area, head over to our weather page.