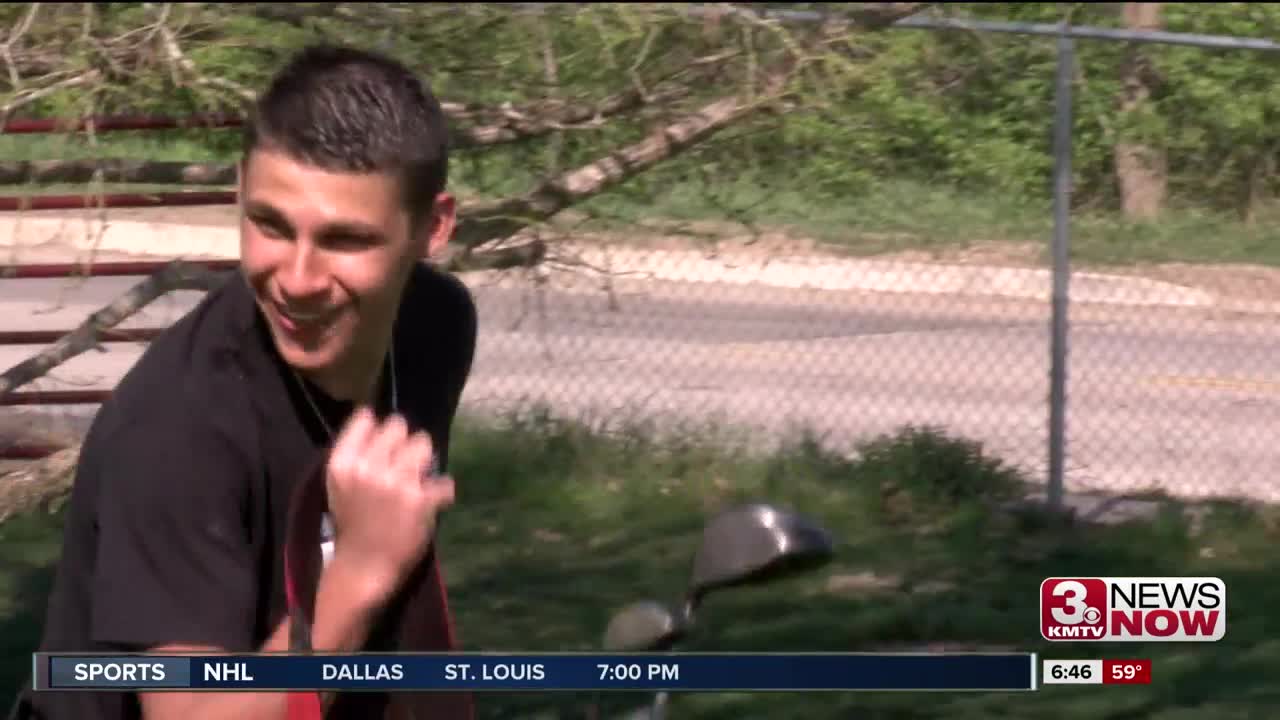 "Five hours can be long on a golf course but playing with Noe, it's a treat," said Omaha South head coach Kevin Kennedy.

The Omaha South senior lives just down the street from the Packers' practice course at Spring Lake and wanted to be part of the team years before he even got to high school.

"It's just a pitching wedge away for him and he grew up here at this golf course," Kennedy said. "They have men's league and they all know Noe. He's like a legend here."

Noe has been diagnosed as a special needs student with a speech impediment. But nothing impedes Noe from consistently making friends on the links.

"You might hit a shot that goes 20 yards and he'll say good shot," said Kennedy. "There's never a cruel word that comes out of that kid's mouth."

"I think he's probably the most unique person I've ever played with in a sport," said teammate Cameron Barrata. "It's just been a privilege to play with him the last four years and I'm glad I can share this time on the golf course with him."

And the only thing Chaparro is more passionate about than his golf game is his food game.

"He'll always want to go do the dollar breakfast at Taco Bell. He loves the fact that you can order a burrito or one of those little sugar rolls and everything's a dollar."

Not only has Noe made an impact with the Packers but also players on other teams.

"He's able to keep the atmosphere light and fun and energetic the whole time he's out there," said Omaha Northwest head coach Jason Brown. "It's just a joy to have him out and I will definitely miss him next year."

"How he's grown from a boy his freshman year to book ending it now to his senior year, he's going to be a hard kid to replace," said Kennedy.