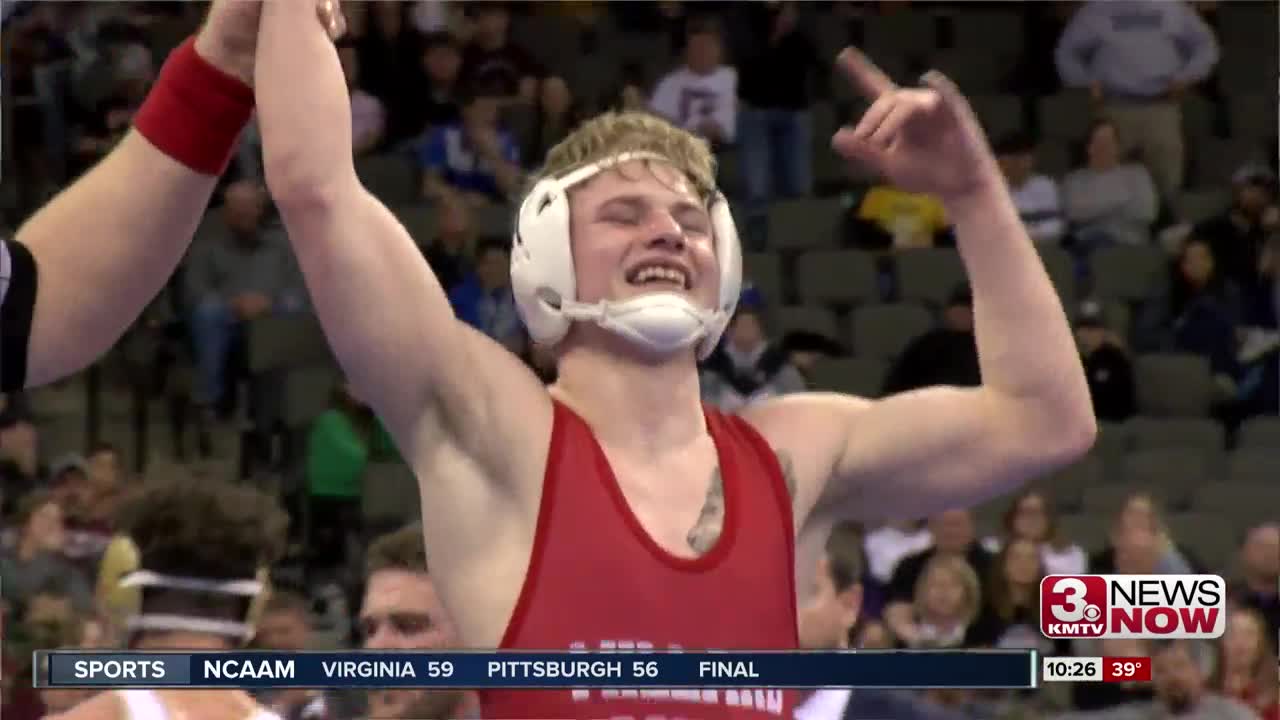 Champions were crowned on Saturday at the state wrestling tournament.

OMAHA (KMTV) — Champions were crowned on Saturday at the Nebraska State Wrestling Tournament in downtown Omaha.

Millard South sailed to the Class A crown thanks in part to Conor Knopick's huge upset over previously-unbeaten and two-time state champ Jakason Burks at 132.

Watch the highlights by clicking on the video above.