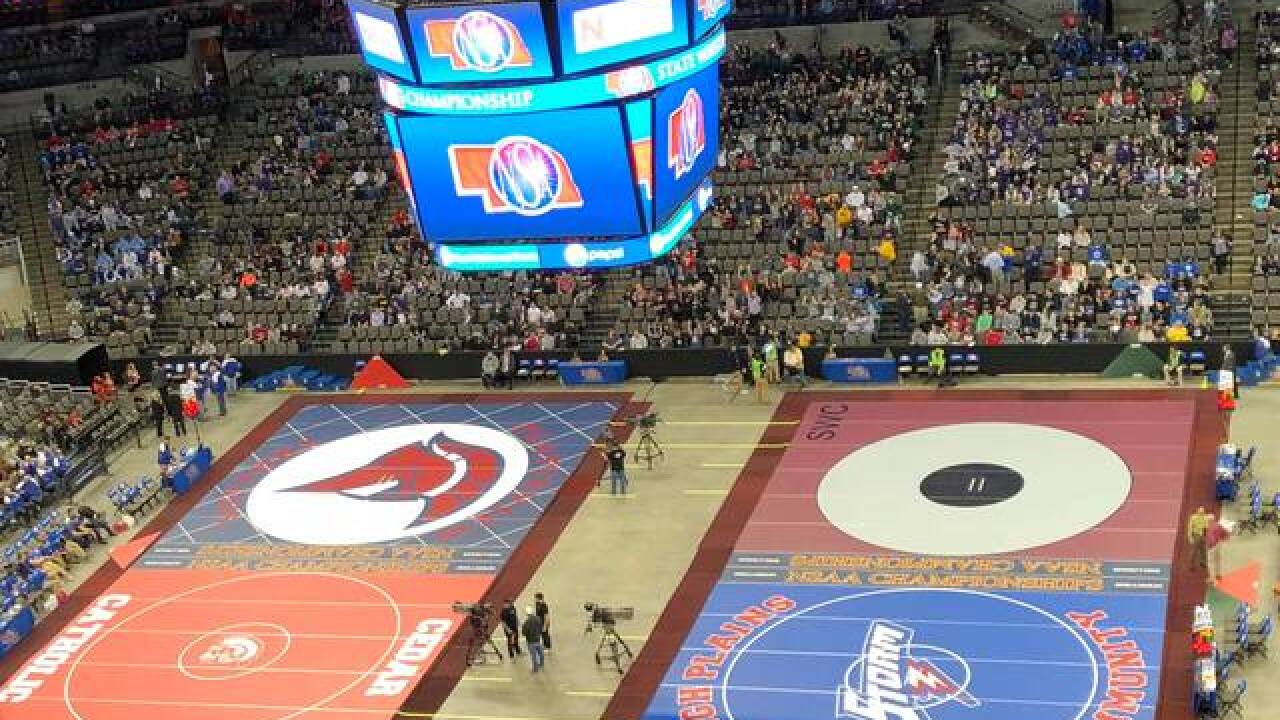 The Nebraska State Wrestling finals are finally here and will get underway at 2 p.m. at CenturyLink Center across four mats, one for each class.

HIGHLIGHTS: Watch a recap of yesterday's semifinals matches as we get ready for the finals.

CATCH UP: Get caught up on all of the semifinal action with yesterday's updates of Class A and B matches.

BRACKETS: Head over to the NSAA website for a look at the updated brackets in each weight class for each class.

Stay tuned after the conclusion of the finals for highlights from all of the Class A and B finals, including the team winners in each class.

Omaha Skutt wins the Class B state title for the 20th time in 21 years, while Lincoln East takes home the Class A team title. Here's a final scoreboard:

Omaha Skutt has another state champion as Nicholas Stoltenberg claims first place in the Class B 126 pound division with a win over Sidney's Kaden Vowers.

Omaha Burke has another state champion as Dillyn Miller defeated Columbus's Anthony DeAnda 16-8 in the finals of the Class A 195 pound division.

Grenta has its first state champion of the afternoon as Lance Jarrett claims the title in the Class A 182-pound division, defeating Andrew Muthersbaugh of Lincoln East 8-0.

Omaha Skutt Catholic's Billy Higgins pinned Riley Kopf of Lexington in the first period of the Class B 170 pound state final as the Skyhawks notch another state champion. Skutt holds a firm 23-point lead in the Class B team standings with the win.

Sidney's Derek Robb wins his fourth-consecutive state championship with his win at the Class B 152-pound weight class. He finished his career with over 200 wins and just one loss.

Lincoln East's Chance Fry kicks off the day as Class A's first state champion as he defeated Kearney's Teontae Wilson 16-5 in the 145 pound final. Fry finished his season with a perfect 41-0 record.

The event kicked off with one of the best traditions in high school athletics, the Parade of Champions:

One of the best traditions in high school athletics: the Parade of Champions. pic.twitter.com/RJenLm53Ad

Stay with us throughout the finals matches as we will keep you updated until its conclusion. Until the matches get underway, check out the updated scoring leaders for classes A and B.