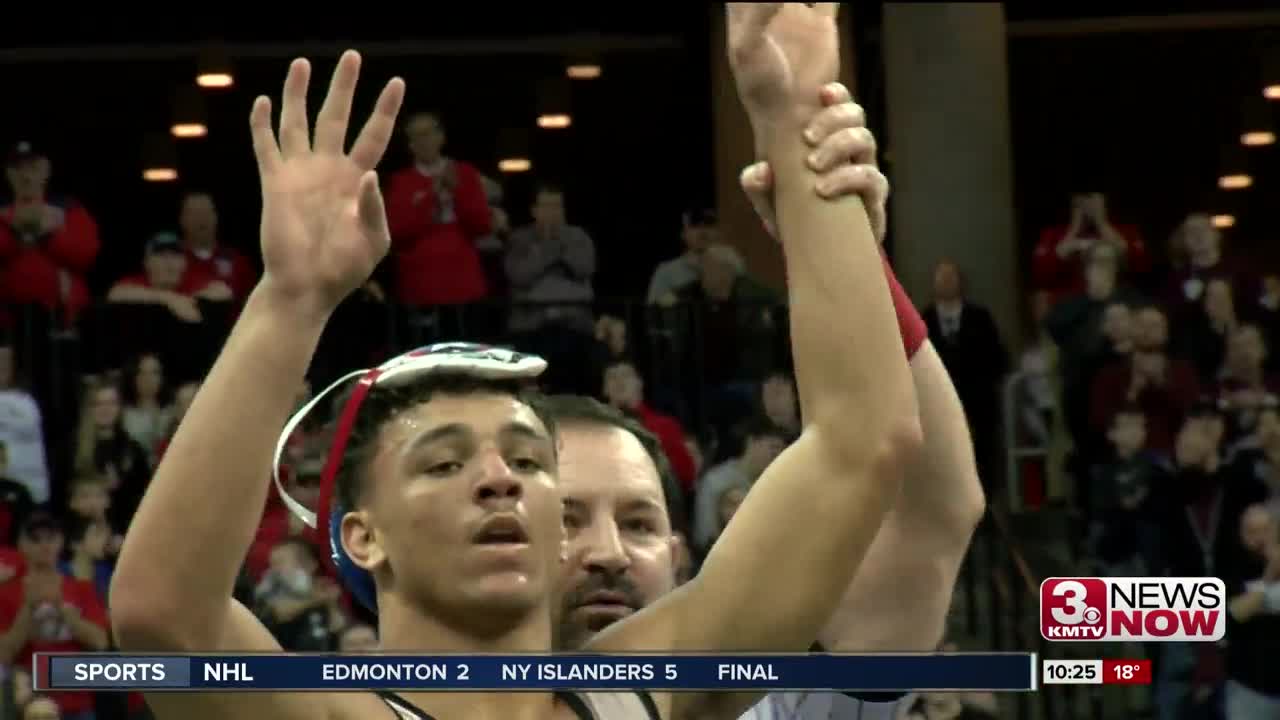 Champions were crowned on Saturday at the Nebraska State Wrestling Tournament.

OMAHA, Neb. (KMTV) — Champions were crowned on Saturday at the Nebraska State Wrestling Tournament. Omaha Burke's James Burks knows all about championships. The senior became just the 31st four-time state champ in Nebraska history and the first ever Bulldog to do it. Burks made it look easy winning his 160 pound final, 13-1, to complete the four-peat.

"I battled a big stomach virus," said Burks. "It feels magnificent. I accomplished my goal since I was six years old."

James' younger brother, Jakason, is also now a multi-time state champ. The junior pinned his opponent at 126 to cap off a 58-0 season with his 2nd gold medal.

Another set of brothers donning gold on Saturday were Garrett and Gabe Grice of Bellevue East. The younger Garrett grabbing 1st at 106 pounds with an overtime win to cap off an undefeated season, while sophomore Gabe avenged a 2nd place finish last year with a 4-3 victory at 113 pounds this year.

"Last year was a heartbreaker," said Gabe. "It took me a little bit to recover from that loss. It's good to be on top now."

Millard South is back on top in Class A taking home the team title thanks to Isaac Trumble's win at 182 pounds. The Patriots junior pinned previously unbeaten Trajen Linear of Papillion-La Vista South to finish 56-0.

Meanwhile, Omaha Skutt's streak of seven straight Class B team titles came to an end Saturday. However, the Skyhawks were still able to finish 2nd to Grand Island Northwest thanks to a pair of champions. Nicholas stoltenberg is now a two time title winner and also bringing home gold for Skutt was Eli Jansen at 182.

At Class B 120 pounds, Blair's Jackson Nielsen escaped with a 3-2 win for his 2nd state championship.

"It's awesome," said Nielsen. "I love my school, the coaches are amazing."

"I was pretty much the underdog," said Russell. "I came into this tournament believing I'd win and I came out on top."

Fremont Bergan finished 2nd in the Class D team race thanks to wins by Jacob Johnson at 145 pounds, Peyton Cone at 220 and Caden Arps at 113.