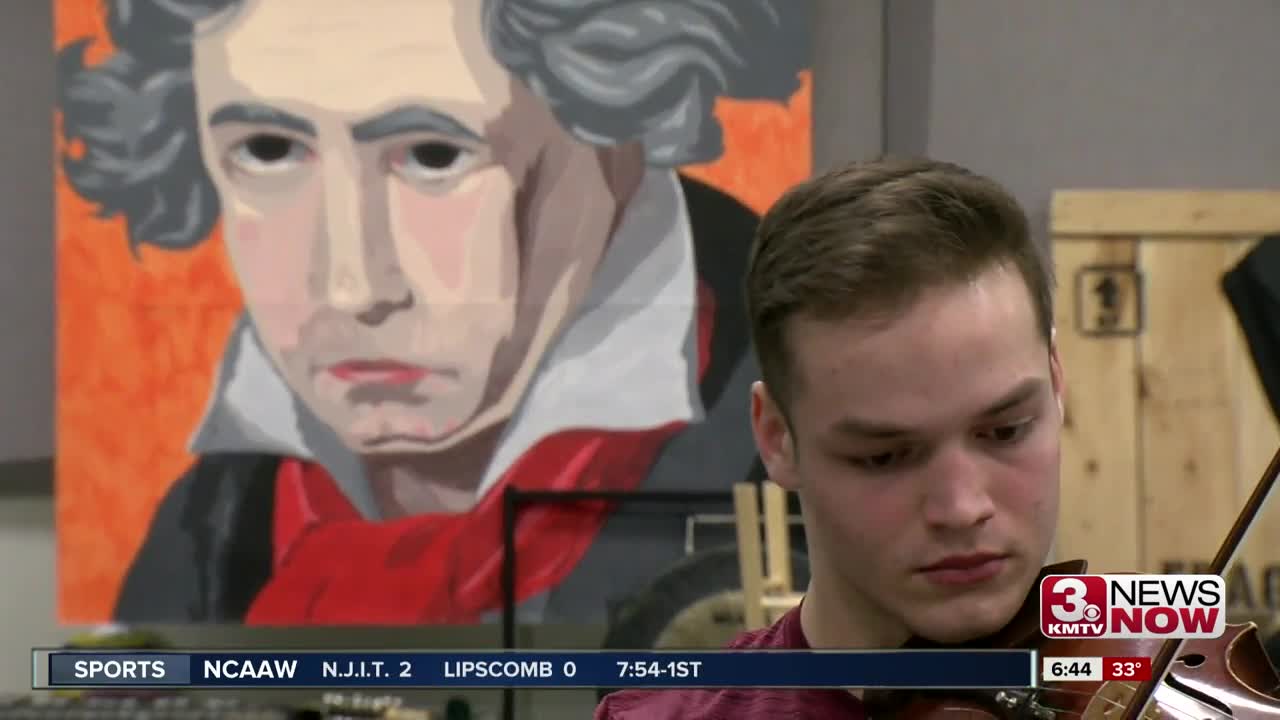 When Millard West wrestler Ethan Valencia isn't making mincemeat out of his opponents, he's making music in the classroom.

OMAHA (KMTV) — Ethan Valencia has taken down every challenge put in front of him. The Millard West 160 pound senior started his high school career with a 4-25 record as a freshman. Now, the three-time state qualifier is closing in on 100 career wins.

When Valencia isn't making mincemeat of his opponents on the mat, he's making music in the classroom. Ethan has played the violin since he was five and when he was 15 he took up the viola.

"My mom was a Russian immigrant," said Valencia. "She came over and playing the violin was all she had. So it kind of just ran in the family. Violin is a little smaller. It has a higher tone to it. The viola is a little bigger, deeper tone. I prefer it."

"I thought it was kind of an odd combination: a wrestler and an orchestra player," said Millard West head wrestling coach Scott Townsley. "But once I saw him on the mat, I knew this kid was going to be something special."

Valencia plans on continuing to play viola in college on a music scholarship at either Florida, Florida State or Florida International.

He wants to eventually become a nurse practitioner but also wants to continue playing the viola at side gigs in restaurants.