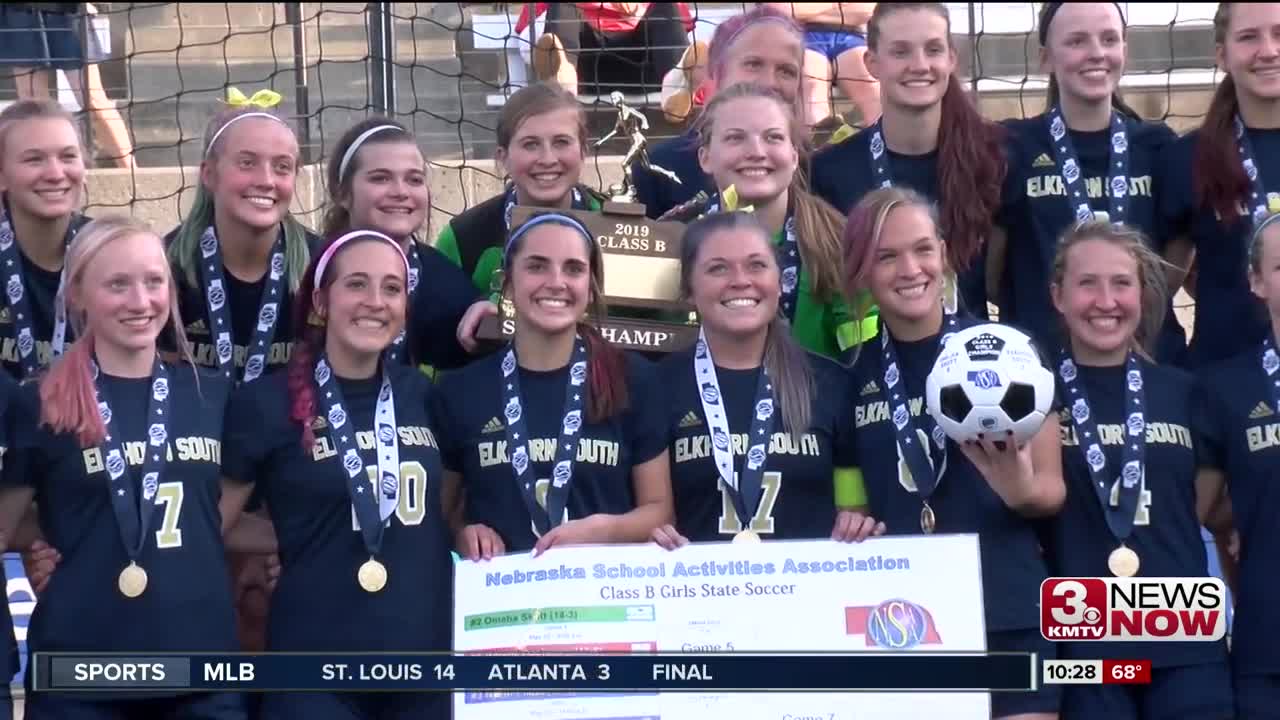 The Elkhorn South girls' soccer team won its 2nd state title in program history on Tuesday with a 2-0 win over Skutt Catholic.

Freshman Ruby Kirk put the Storm on the board, while Mo Gohr's goal late in the 2nd half sealed the deal.

Elkhorn South finished the year 17-4 with its first championship since 2015.

Watch the highlights & reaction by clicking on the video above.