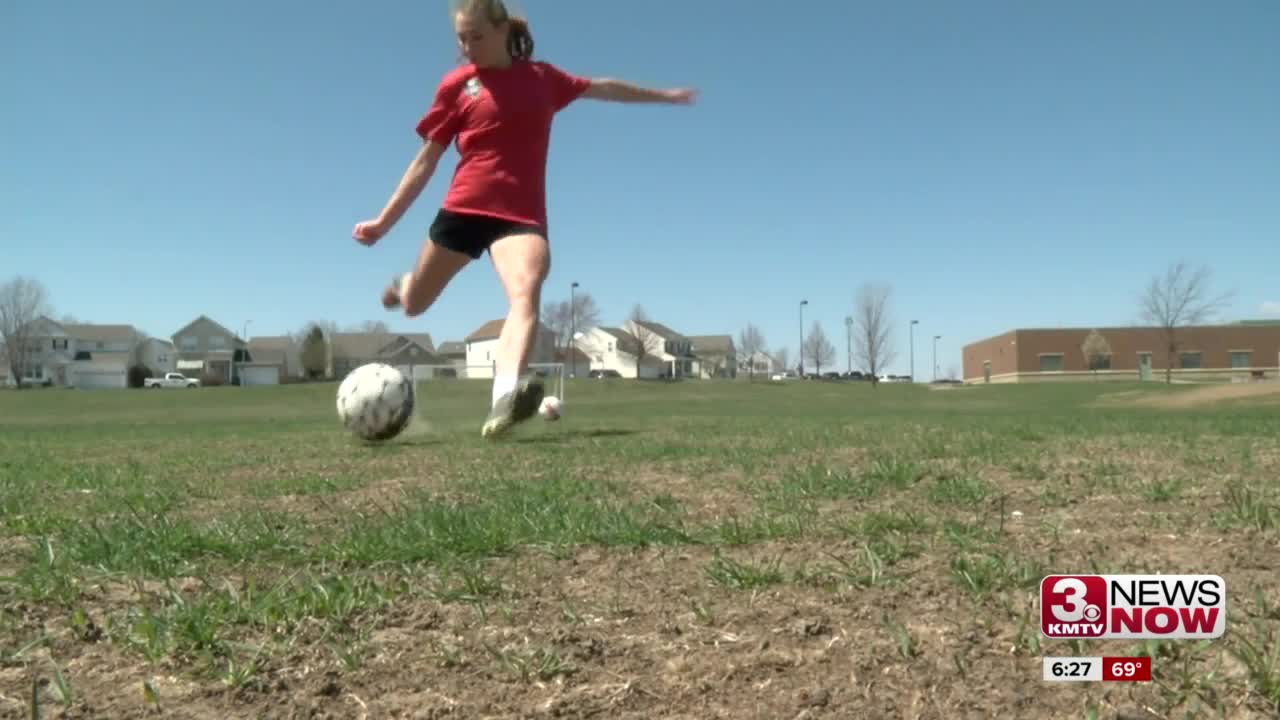 GRETNA (KMTV) — Just a few months ago, Sarah Weber's goal of getting to play in another country appeared to be reached.

The Gretna forward & midfielder made the 18 player cut for the Olympic Developmental Program that was scheduled to compete this month in Paris, France.

But due to the COVID-19 pandemic, the trip was initially postponed to October.

"So that was at least giving us something to look forward to," said Weber. "We thought the coronavirus will be done by then. We'll finally get to go compete."

Earlier this month, however, Weber found out the team's trip to France was canceled altogether.

"It had always been a dream of mine to make a national team to be able to go compete overseas," Weber said. "I had to work so hard and put so much time and effort into it the last four years being involved in ODP and to have that taken away a week ago kind of stinks."

After leading Class A with 28 goals as a sophomore last season, Weber will get one more year with her high school team next spring before heading to Nebraska in the fall of 2021. The 1st team all stater chose NU over Creighton & Marquette among others.

"I could not be more excited," Weber said. "They have an amazing, amazing coaching staff. I know they'll get me from a good player to a great player."

Weber's recruitment began even before she hit high school.

"The recruiting process was pretty tough," said Weber. "Mine actually started in like 7th grade going to ID camps and so many colleges would be there. That was before, of course, all the rules for recruiting. So I could talk to coaches but I had no idea. I'm in 7th grade and I had no idea what I wanted to do in life let alone what school I was going to go to."

While excited to eventually play for the Huskers, Weber's focus now is solely on her one season left with the Dragons.

"It's not all about me during the game with my high school team or my club team," Weber said. "I'm just doing my job for the team. Next season is what I'm working towards. Coming out here practicing so we can have the best chance possible at a state championship because our program definitely deserves it. I guess we'll have to cross that bridge when we get there though."