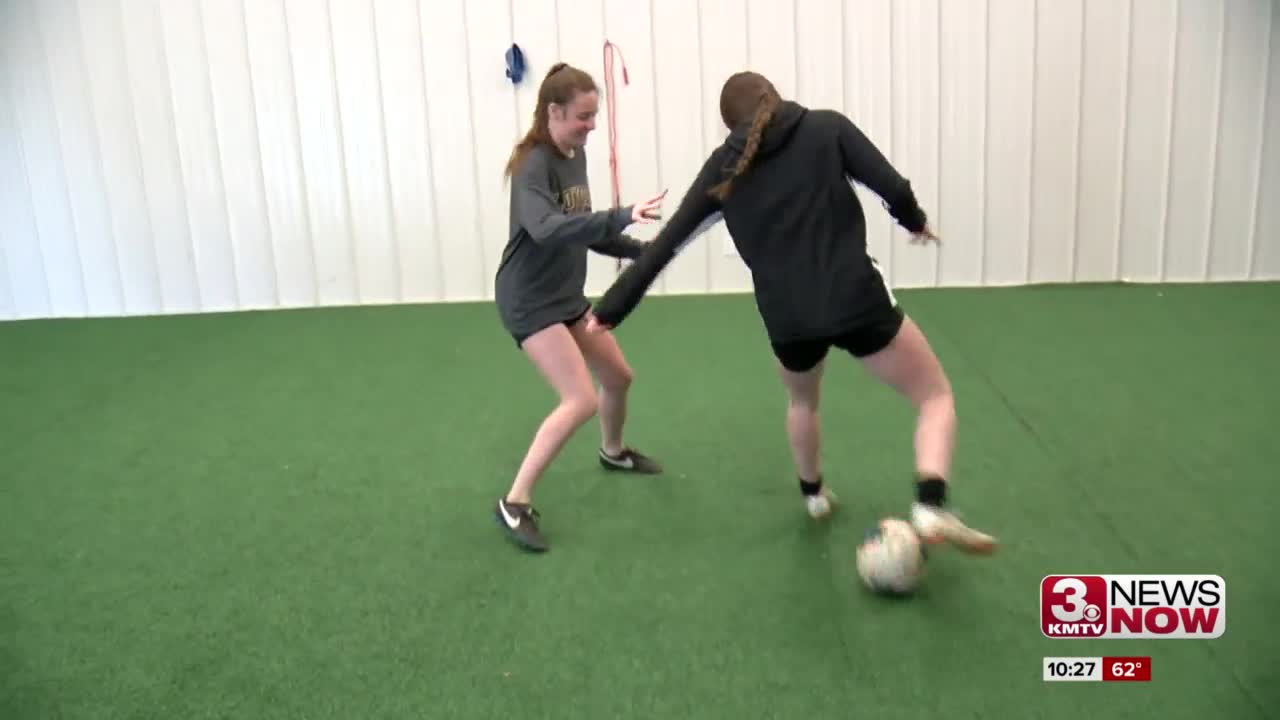 Although Millard West senior soccer players Riley &amp; Ashley Atkinson won't get to play their final high school season together, the twins will get play on the pitch together in college.

OMAHA (KMTV) — For the last 18 years, Millard West senior soccer players Riley and Ashley Atkinson have had others seeing double.

"I started parting my hair differently than hers," said Ashley. "Because people would just call us the twins."

The identical twins practice nearly everyday in what they call the barn, a large garage next to their house, where their dad laid down turf and set up a net. And while Ashley and Riley are rarely apart, that doesn't mean they don't have their share of disagreements.

"I knew how hard rehab was," Riley said. "You have to put your mind into it otherwise you're not going to get back to where you were. It's super important that you're taking every small detail. That's something I kind of slacked on. Watching her go through it, I was constantly on her."

This year would've been the first that both sisters would've likely started on varsity as the Wildcats were going for back to back state titles. Unfortunately because of the coronavirus pandemic, that reunion on the pitch was put on hold.

"Just devastated," said Riley. "Just coming off a state championship, I feel like our whole entire team was super excited and pumped and just ready to go again."

"The last two, last three months are suppose to be like some of the best times," Ashley said. "Especially in your senior season, just not really having that is disappointing."

But the Atkinson twins' days of playing on the same team won't end this spring. This fall, Riley and Ashley will compete for Loyola Chicago.

"For a long time we thought 18 years is enough together," said Ashley. "We'll spend the next four apart."

"As much as we wanted to branch off and be our own," said Riley. "I think it would've been hard."

In the meantime, the twins will continue to workout in the barn with the occasional bickering but also the sisterly love.

"If I get hurt, she'd be like the first one up waiting to make sure I'm OK," Riley said.

"We need each other," Ashley said.