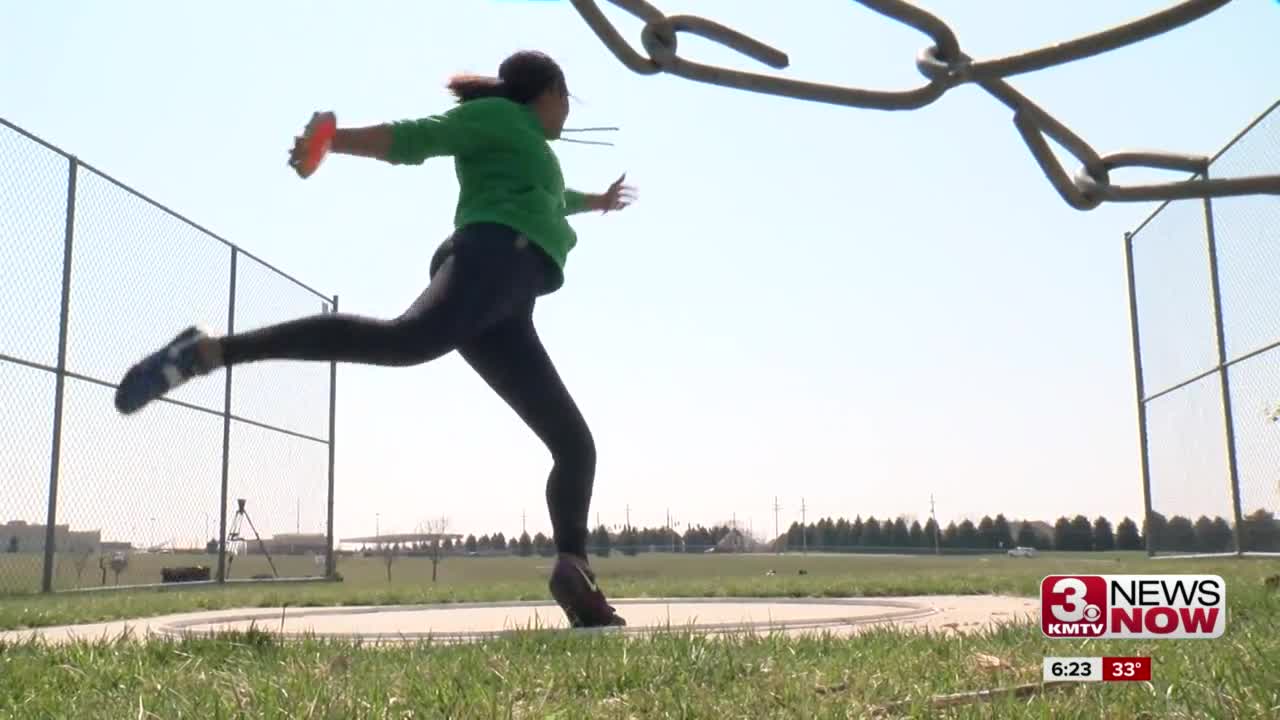 Akough has captured two Class A state discus titles & one shot put title during her time with the Storm. The future Duck also won a national shot put title after her sophomore year.

"If you would've told me that four years ago, I would've been like I play basketball," Akough said. "I was sitting in Algebra I one day and the girls track coach pulled me out of class and was like you had a successful middle school season. We'd really like you to come throw for us. The practice will be done at 5 p.m. everyday, which was a lie. But yeah just kind of joined the team after that."

Akough almost didn't go out for the sport back in middle school until a friend talked her into it.

"When we were signing up for what we wanted to do for track," said Akough. "She was like my dad's making me do shot put so you're going to do it or we're not going to be friends anymore. So I was like alright, then I guess I'm doing it."

Although the 17 year old won't get a chance to defend her state title in May, Akough is still thankful for the time she's had with her high school teammates & coaches.