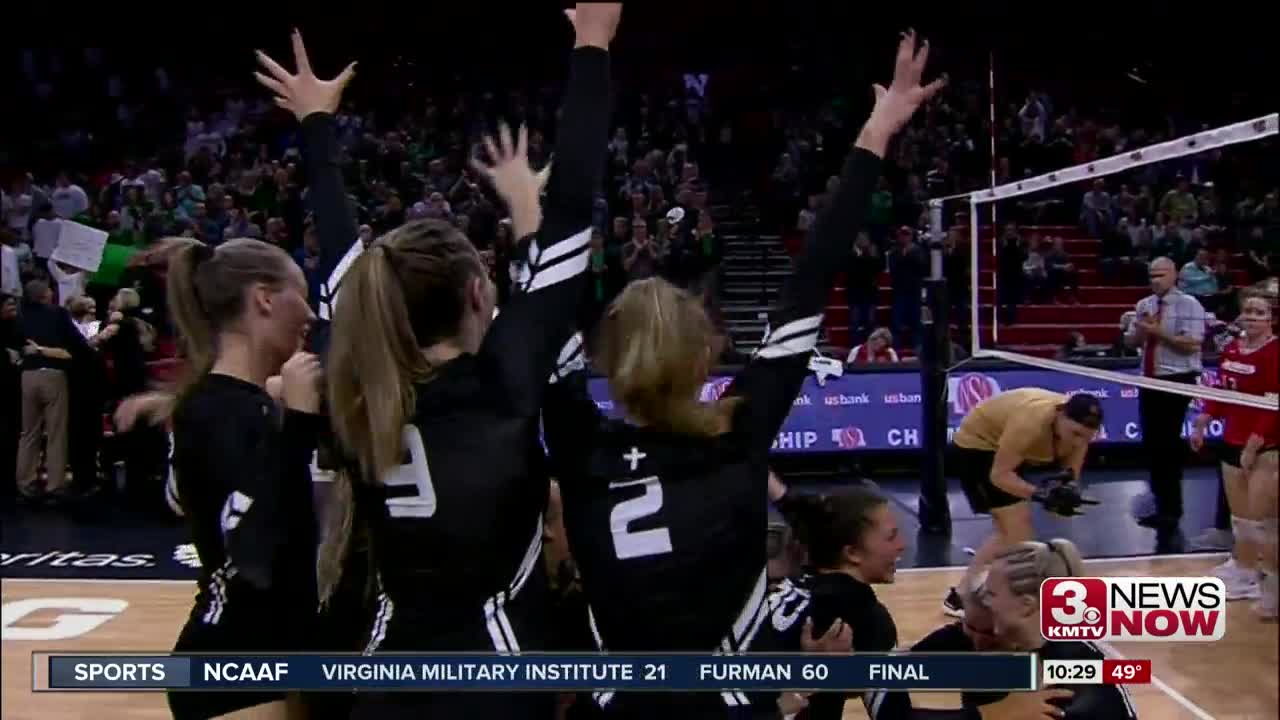 Skutt Catholic swept its way to a 5th straight Class B volleyball title.

The Skyhawks finished the season 30-4 and will try to tie the state record next year of six consecutive titles set by Bellevue West in the 1990's.