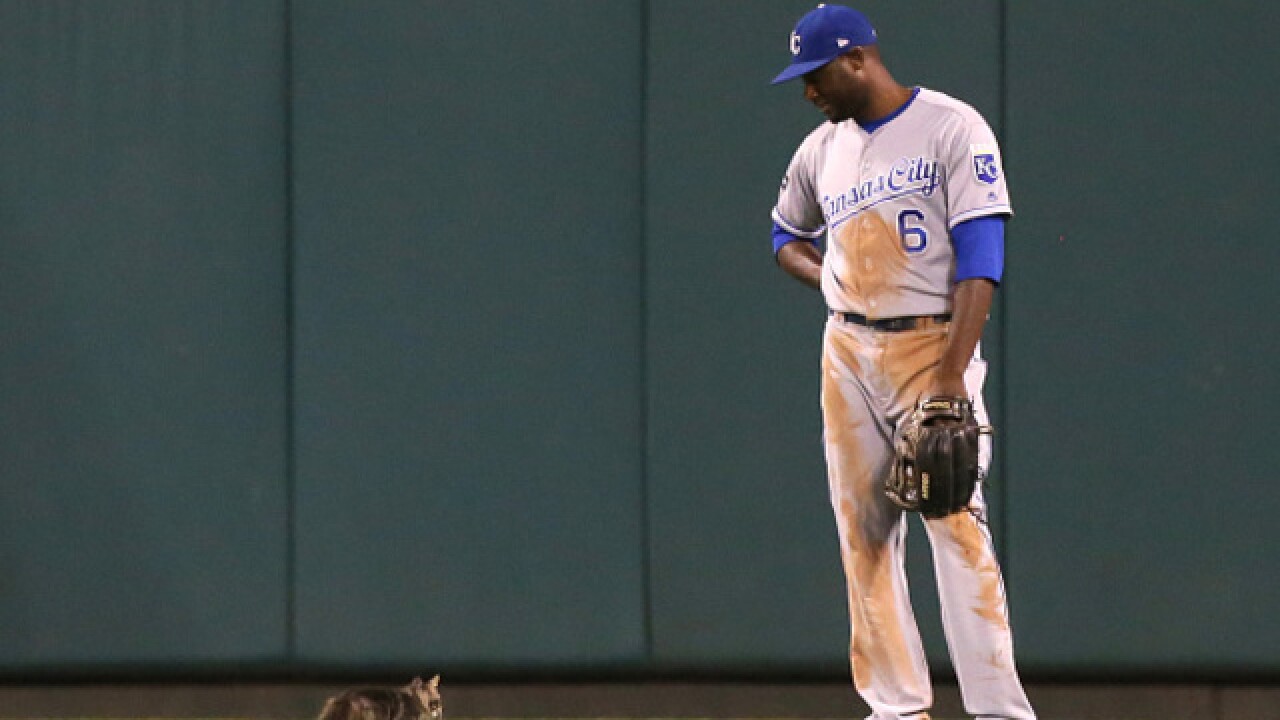 Copyright 2018 Scripps Media, Inc. All rights reserved. This material may not be published, broadcast, rewritten, or redistributed.
St. Louis Post-Dispatch
Kansas City Royals center fielder Lorenzo Cain watches a small cat trot past him in the sixth inning during a game against the St. Louis Cardinals on Wednesday, Aug. 9, 2017, at Busch Stadium in St. Louis. The game was momentarily delayed as the cat was retrieved before Cardinals' Yadier Molina hit a grand slam on the next pitch. The Cardinals won, 8-5. (Chris Lee/St. Louis Post-Dispatch/TNS via Getty Images)

The biggest hero of Wednesday night's Cardinals win over the Royals might have been something that didn't even suit up for the game.

With Kansas City leading 5-4 in the bottom of the 6th inning, a cat found its way on to the field. After being picked up by a stadium worker, the cat then proceeded to attack the worker.

On the very next pitch, Yadier Molina hit the game-winning grand slam helping the Cardinals to an 8-5 win.

The stadium worker turned out to be okay.