Royals beat Tigers in first MLB game ever in Omaha 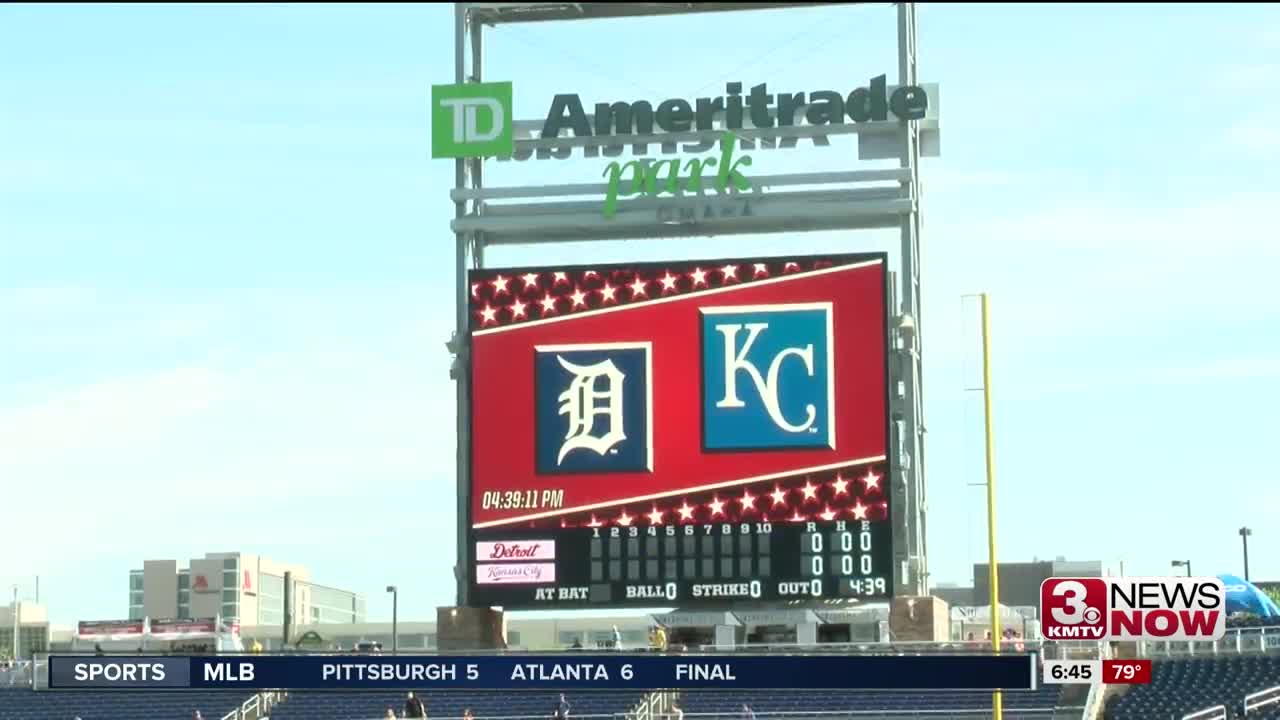 The Royals played the Tigers in the first MLB game ever in Omaha on Thursday.

OMAHA, Neb. (KMTV) — The Kansas City Royals beat the Detroit Tigers, 7-3, on Thursday in the first ever Major League Baseball game ever played in Omaha. The teams played in front of 25,454 fans, which is the 2nd most the Royals have played in front of all year, only trailing their opening day crowd.

Former Creighton standout Nicky Lopez hit his first MLB home run with a solo shot in the bottom of the 2nd. Lopez finished the night 2-for-4 with an RBI.

Whit Merrifield went 2-for-5 with 2 RBI.

Former Husker Alex Gordon did not play after being hit by a pitch on Wednesday night.