Mariota throws touchdown to himself in Titans' comeback win over Chiefs 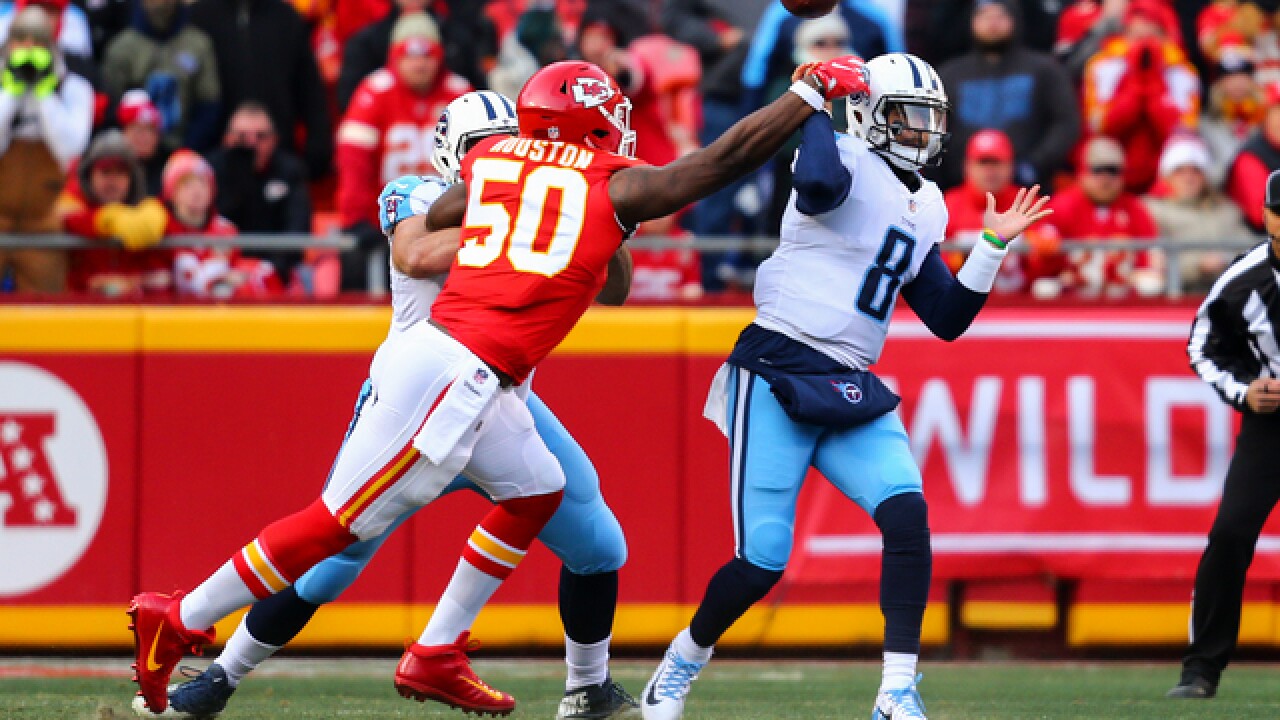 Copyright 2018 Scripps Media, Inc. All rights reserved. This material may not be published, broadcast, rewritten, or redistributed.
Dilip Vishwanat
<p>KANSAS CITY, MO - JANUARY 6: Outside linebacker Justin Houston #50 of the Kansas City Chiefs hits the arm of quarterback Marcus Mariota #8 of the Tennessee Titans as he throws a pass during the first quarter of the AFC Wild Card Playoff Game at Arrowhead Stadium on January 6, 2018 in Kansas City, Missouri. (Photo by Dilip Vishwanat/Getty Images)</p>

It's not everyday you see a quarterback catch his own touchdown pass. But that's exactly what happened Saturday in the Titans-Chiefs NFL playoff game.

Tennessee's Marcus Mariota had his 3rd quarter pass deflected into his own hands & then dove into the end zone for the six yard score.

Marcus Mariota just caught his own pass for a @Titans TD!!

It's the first time in NFL playoff history & just the 2nd time ever in league history that a quarterback has caught his own touchdown pass.

Mariota is the first player do it since Brad Johnson back in 1997.

Marcus Mariota is not the first person to throw a TD pass to himself, Brad Johnson did it in 1997! https://t.co/mmt5w81IN7