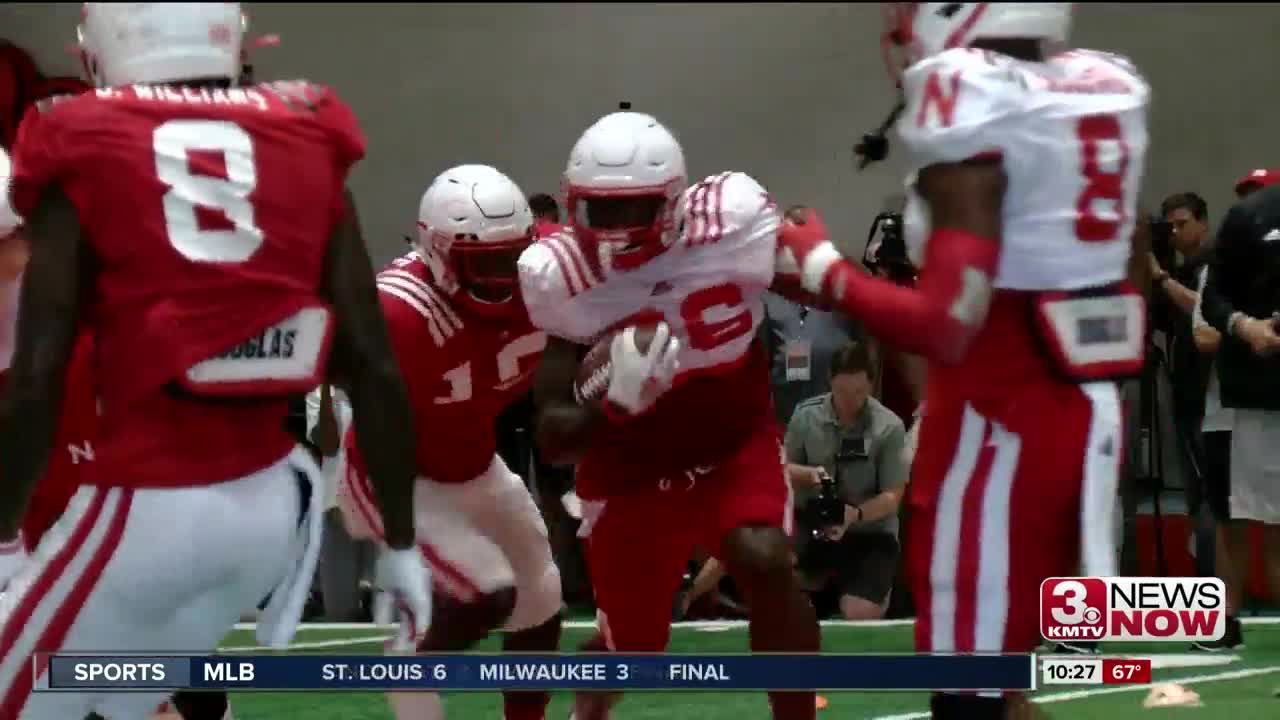 JUCO transfer Dedrick Mills is ready to make his Husker debut after there were times he doubted he'd make it to NU.

LINCOLN, Neb. (KMTV) — JUCO running back transfer Dedrick Mills is ready to make an impact with the Huskers this season.

Mills is listed as the co-starter along with Maurice Washington.

There was a time, however, when the junior wondered if he'd ever make it to Nebraska.

"I almost wanted to give up but I found a way to push through and make it back to where I belonged," Mills said. "It took a lot of hard work and dedication. And a lot of praying. And a lot of support from family."

Mills played his freshman season at Georgia Tech & led the Yellow Jackets in rushing with over 700 yards.

"He's been a real pleasant surprise in camp and I see good things coming from him," said head coach Scott Frost. "He runs really hard. Probably got better breakaway speed than I expected. And he's hard to bring down. He's going to be a big addition to our offense I expect him to be on the field first play come Saturday."

The Huskers host South Alabama at 11 a.m. on Saturday on ESPN.