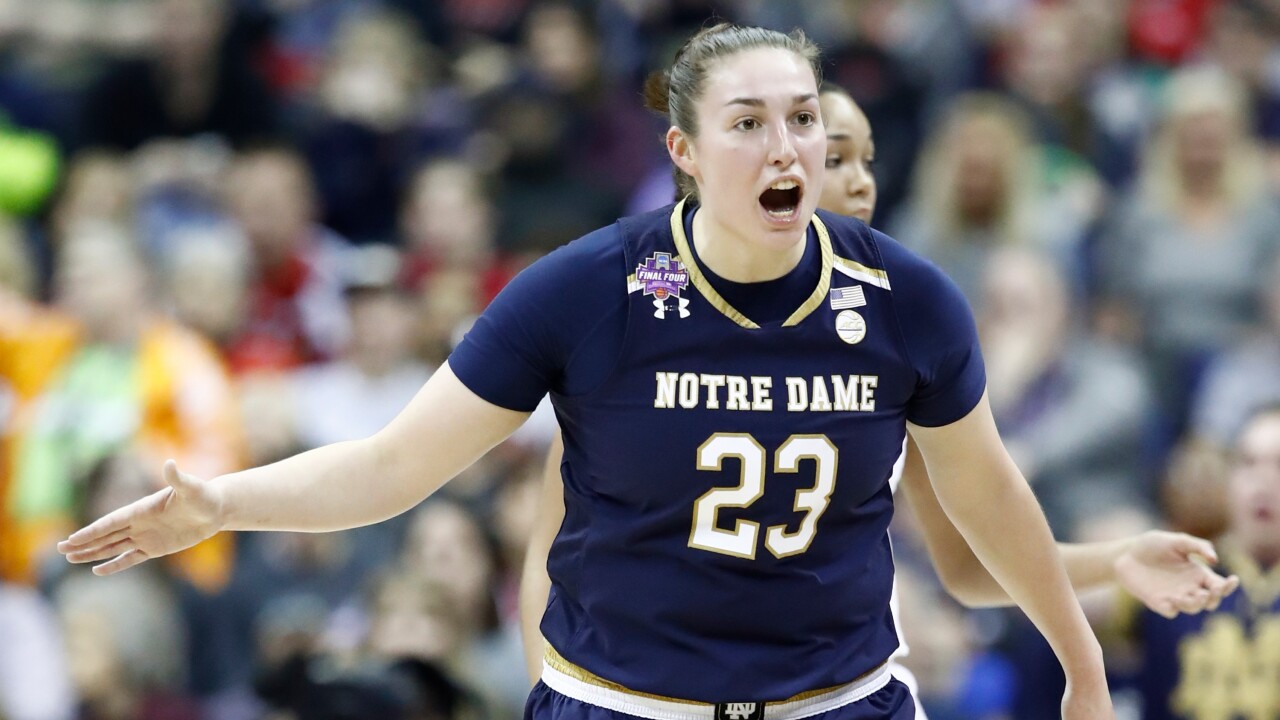 Andy Lyons/Getty Images
COLUMBUS, OH - MARCH 30: Jessica Shepard #23 of the Notre Dame Fighting Irish reacts against the Connecticut Huskies during the first half in the semifinals of the 2018 NCAA Women's Final Four at Nationwide Arena on March 30, 2018 in Columbus, Ohio. (Photo by Andy Lyons/Getty Images)

Shepard won a national title with Notre Dame in 2018 and made it back to the championship game with the Irish in 2019.

The Fremont High School alum was named 1st team All-ACC the past two seasons while racking up 1,228 points and nearly 700 rebounds.