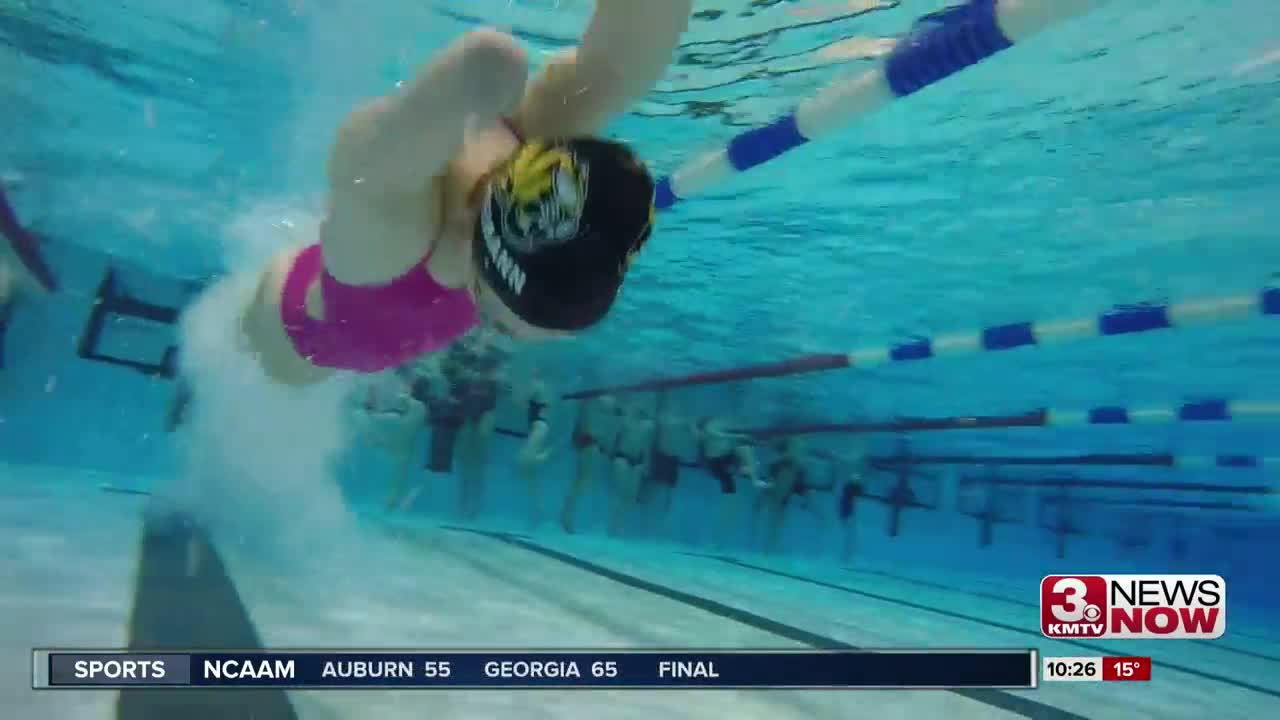 An area swimmer overcame a traumatic injury to return to the pool to compete at the state's highest level.

FREMONT (KMTV) — Addie Schiemann is anything but shy when it comes to her passion for the pool.

"I really do have a love for swimming," Schiemann said. "I love the way it feels in the water and I love my teammates and I love all my coaches."

The 17 year old has competed in the sport since she was in grade school. But on July 14th, 2017 Schiemann's swimming career nearly came to an end.

Addie was involved in a U-T-V accident and had to have her right arm amputated just above the elbow.

"After the accident, I was like how could i ever swim again with one arm?" Addie said. "I was more frustrated at the fact that I didn't think I could."

After hundreds of hours of rehab, Schiemann was back in the pool less than three months later.

"After that, I was hooked," Schiemann said. "I was like if I can swim i might as well not give this up. I can do this. It's not impossible as I thought it was sitting in the hospital bed thinking there's no way but here I am now so it's pretty cool."

"She's competing with the best of the best and she doesn't shy away from that," said Fremont head coach Ali Granger. "She's not scared and she doesn't back down. She does not care if you're five inches taller than her with both arms."

The Arlington junior is now in her 2nd season on the Fremont High School squad. And after starting out last year number ten on her team, she made it on the 200 medley relay that ended up qualifying for state.

It was at that time, Addie felt like her old self again.

"There was not a thought in my brain that I'd be at the state meet for swimming," Addie said. "I never got my hopes up high for it but it's just really exciting to see how far I've come."

Schiemann is once again headed to state later this month in the same relay. And this time, she's even more determined to end up on the medal stand on Championship Saturday.

"I want to do that someday," Schiemann said. "I want to be on that podium someday."

"I think that's what's exciting for us is we've never seen a Paralympic swimmer on Saturday in the state finals and so that's what we're going to try to do this year," Granger said.

When Addie's not competing on her high school team, she has swam in multiple Paralympic meets hoping to one day attend the University of Arizona.

"I do find a lot of motivation at these meets," said Addie. "Just seeing that I'm not the only one in this situation and there's so many other people out there like me doing the same thing as me. I get to go to practice and I get to see my teammates. That's just the little things that keep me motivated to keep going and I didn't want to leave that behind."