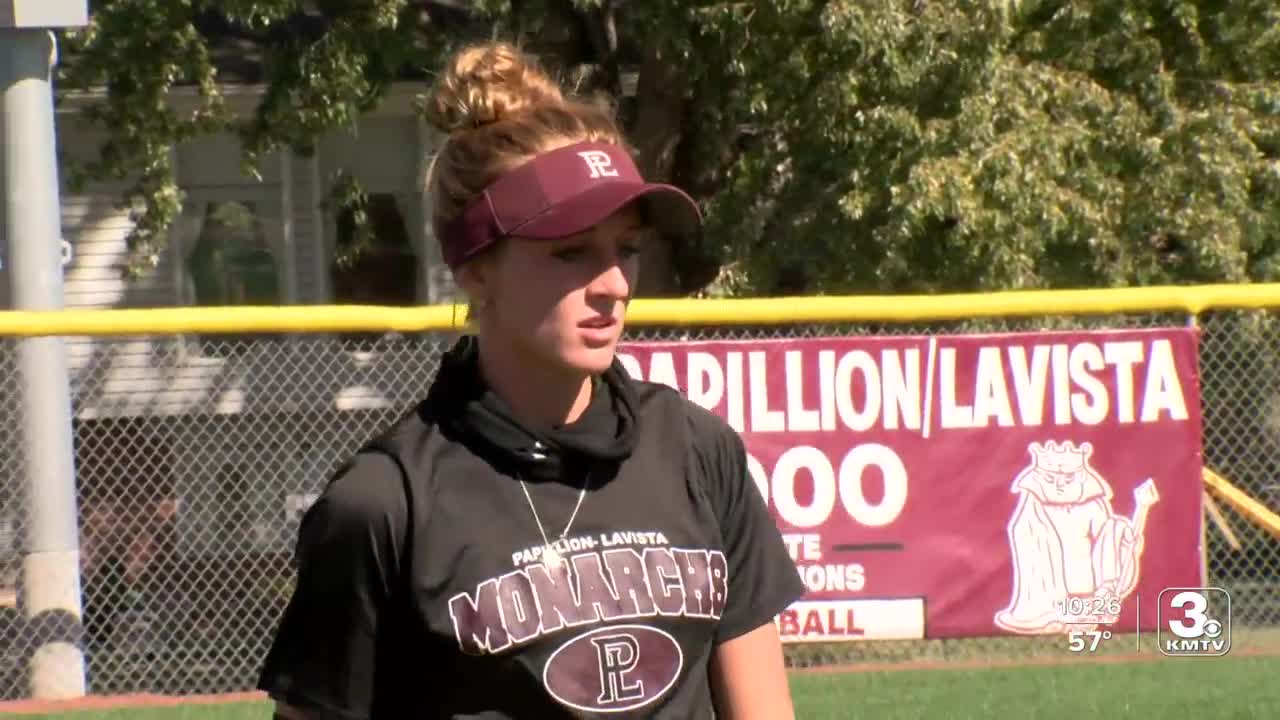 Papio pitcher Jordyn Bahl looks back on her incredible career &amp; looks ahead to state tourney.

LA VISTA (KMTV) — There's been nearly no one who can get a hit off Jordyn Bahl. But the memories the senior Monarch has made at Papillion-La Vista hit her when she left La Vista City Park following her final home game last Thursday.

"When I was pulling out of the parking lot where I was like 'Oh this is it'," Bahl said. "When I got home that night I was pretty emotional."

Bahl is #1 ranked recruit in the nation and has the stats to back it up. In the circle this season, she's with a 0.11 ERA and more than 300 strikeouts. At the plate, Bahl's blasted a state-best 20 homers while hitting .515. But the number she cares most about are her 22 teammates, the same as her jersey number.

"Softball comes 2nd and the relationships I have with my teammates will always come first," said Bahl. "It's not all about the softball for me. It's about way more than that. Having that in mind, just helps you stay humble."

"Everyone here knows that she's the best pitcher in the country," said senior catcher Brooke Dumont. "She's a great player but she's the most humble person you could ever talk to."

"She leaves a legacy that's up there with anybody in the state of Nebraska, maybe the most ever," said head coach Todd Petersen. "We'll see how it all turns out but it's hard to imagine anybody else doing more than what she's done."

"Since I was younger and since I started playing softball I would see games on TV," Bahl said. "So I'm just really excited because that's always been one of my dreams is to play at the highest level. I've always just wanted to set a good example for younger players and just be someone that people want to look up to not just softball-wise but also off the field."

Bahl and the top-ranked Monarchs take a 68-game winning streak into Wednesday's first round matchup against Papillion-La Vista South at 11:30 a.m. in Hastings.