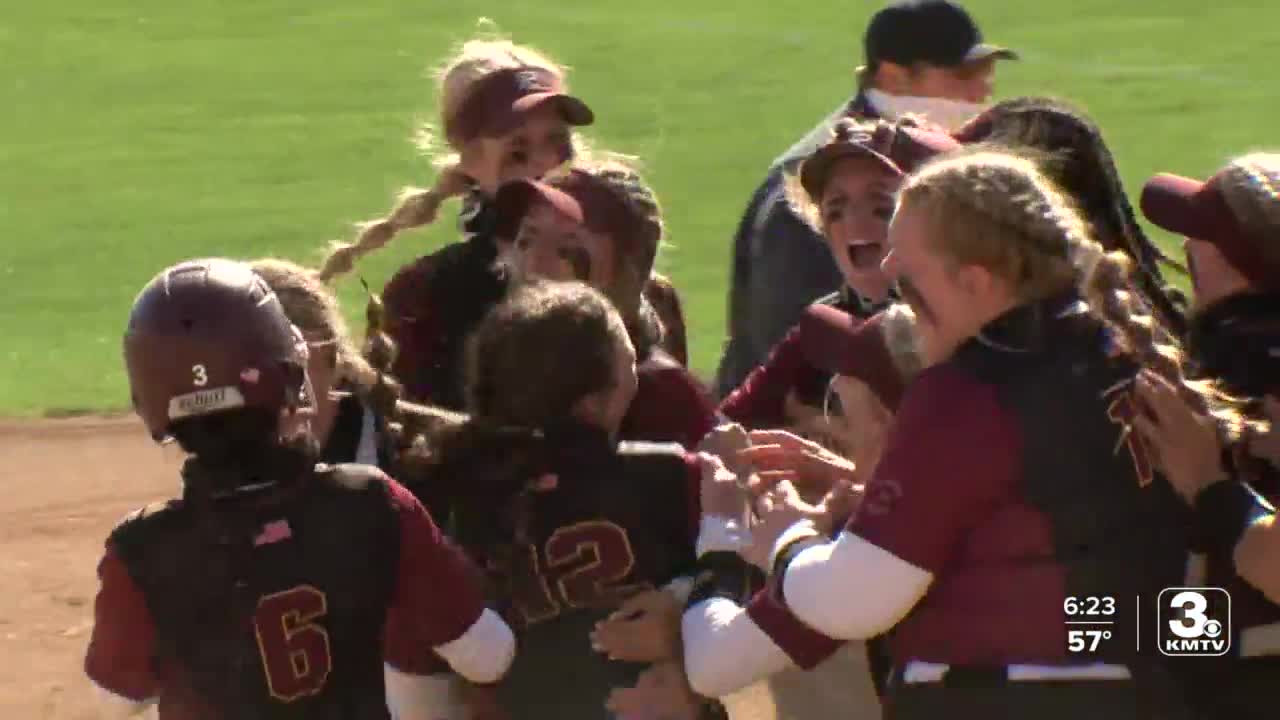 #1 Papillion-La Vista softball repeated as the Class A state champion.

HASTINGS (KMTV) — The Papillion-La Vista softball team left no doubt that it was one of the most dominant teams ever in Nebraska & pitcher Jordyn Bahl proved yet again she will go down as one of the best players ever in state history as the Monarchs beat North Platte for the Class A state title in just three innings on Friday in Hastings.

"This is like the fairy tale ending that we've been working for all year," said Bahl after Papio's state-record extending 72nd straight win. "This is the game we just finished what we've been preparing for. To finish it this way with all our seniors is something I think that we're always going to remember."

Bahl struck out eight in another dominant outing in her final game in a Monarchs uniform. Her catcher, Brooke Dumont, got the party started in the bottom of the first with an RBI double that scored Bahl.

"It's super amazing because I got to do this with my best friends since freshman year," Dumont said. "It's probably the coolest experience that I've ever been able to be a part of. I wouldn't trade it for anything."

The title is the 2nd straight for Papio, 3rd in the last four years and 16th in program history.