Life Care Center of Elkhorn up to five coronavirus deaths 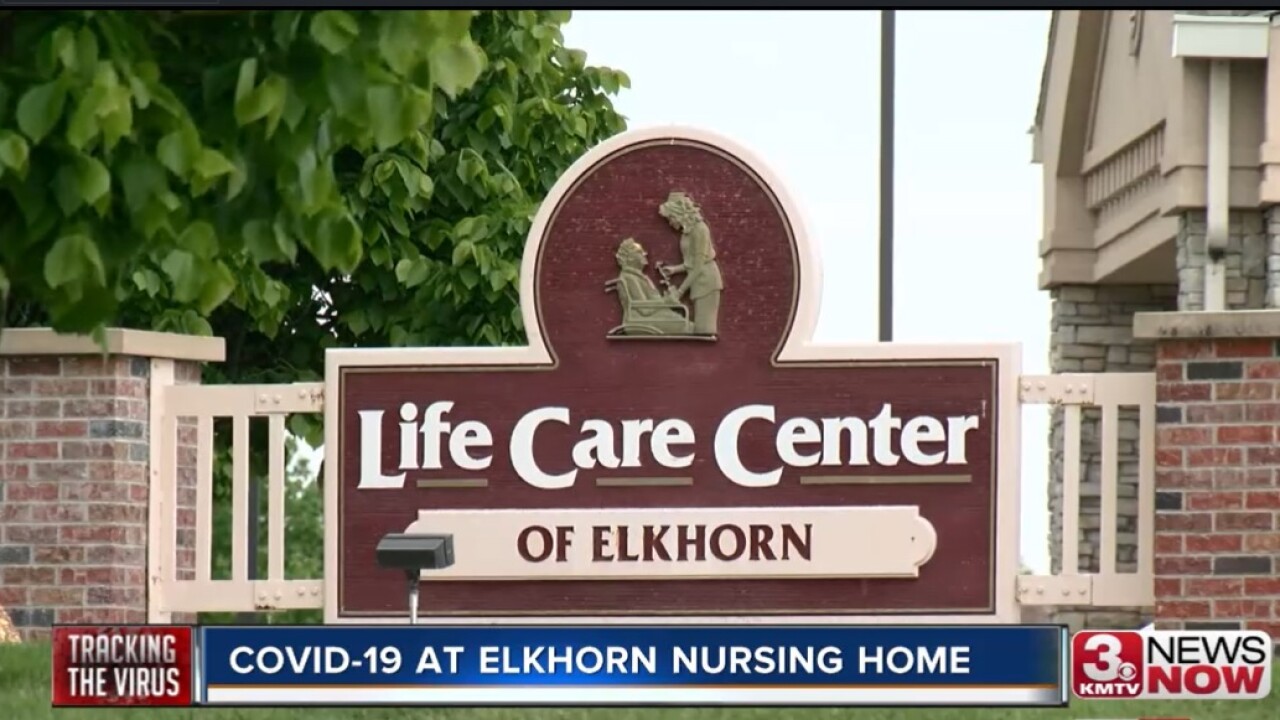 52 of the residents have tested positive and 20 tested negative. The first case was reported on April 27 and the first death was five days ago. Ten of the residents are currently hospitalized.

Testing was done on all residents on May 11. The facility separated all residents who are positive for coronavirus into their own area of the building.

26 employees have also tested positive, two of them have returned to work. Life Care Center of Elkhorn has previously said employees who tested positive won't return to work until CDC guidelines for returning to work are met.

Life Care said in a statement, “We are deeply saddened that despite our best efforts, this deadly outbreak has reached our building.”

Earlier this week, The 3 News Now Investigators talked to someone who had been inside the facility recently and provided pictures she says shows staff not properly using PPE while attending to residents.

An earlier report by our investigative team revealed the facility has been cited for 3 major violations in 2019, including not taking proper measures to contain the spread of disease while handing out medications, and was fined more than $60,000.

This facility is owned by Life Care Centers of America, which also owns the facility in Kirkland, Washington, where the first major outbreak of COVID-19 at a long-term care facility occurred back in early March. Life Care Center of Elkhorn has had a no visitors policy since March.