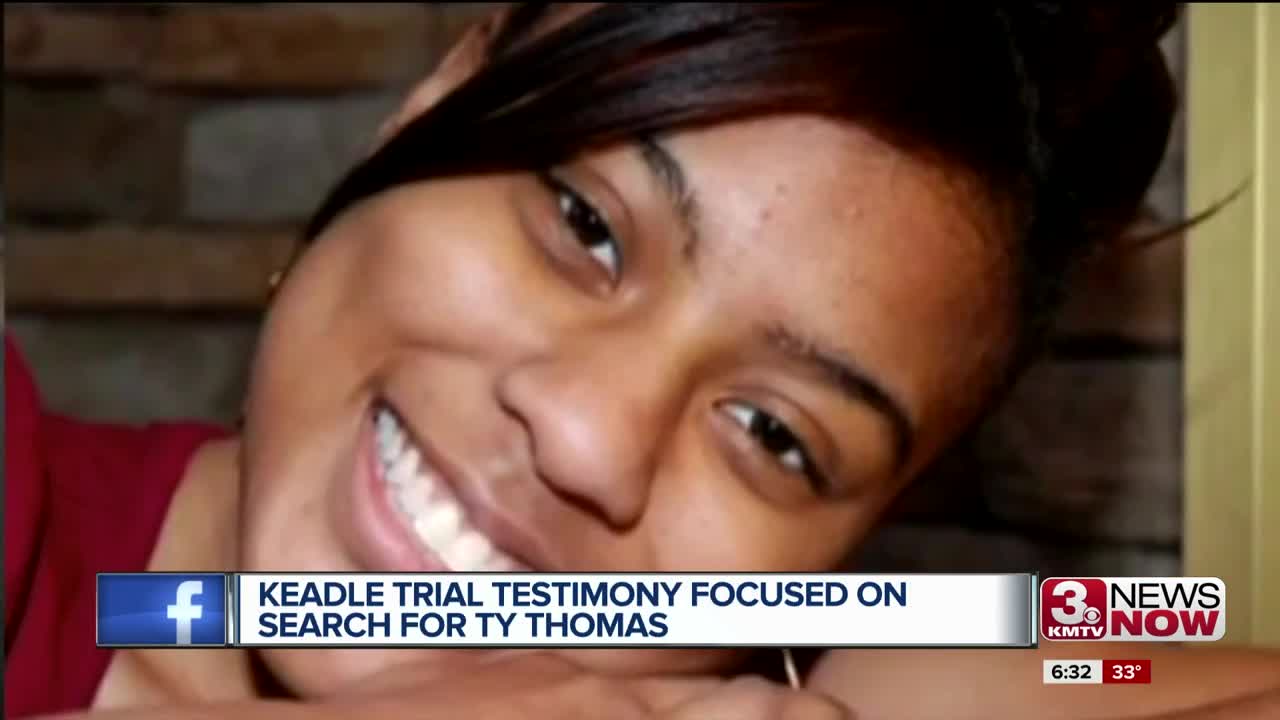 What investigators found early on in the search for Tyler Thomas and what witnesses told the court about that night.

What happened to 19-year-old Tyler Thomas 10 years ago?

Prosecutors are working to prove Joshua Keadle murdered her and dumped her body in the Missouri River near Peru after she went missing.

Friends testified on Friday about the frantic search for Tyler when they couldn’t get in touch with her. Friend Jorell Richardson was the reportedly last person to receive texts from Thomas, saying she was lost and her phone was dying.

“Knowing her pretty well, I know probably like in her voice and how she text things that something wasn’t right,” Richardson said. “But when I tried to get in contact with her and call her, I couldn’t get a hold of her.”

A former Peru resident advisor testified they searched every dorm room on campus and didn’t find her. Keadle initially told her friends and authorities he didn’t see Thomas the night she went missing.

He allegedly later told law enforcement he picked her up and took her to the river, leaving her there alive. Friends say the two were acquaintances who often fought.

“I felt like they didn’t like each other at all. I felt like they were very angry toward each other,” said friend Ryan McClarty. “It wasn’t just, ‘Hi, how you doing?’ It was always some type of argument that pretty much escalated every time.”

A NSP trooper testified he searched the river banks at about 3 a.m. and didn’t see anyone there. The defense argued Thomas had a problem with alcohol, and men, and was on a downward spiral.