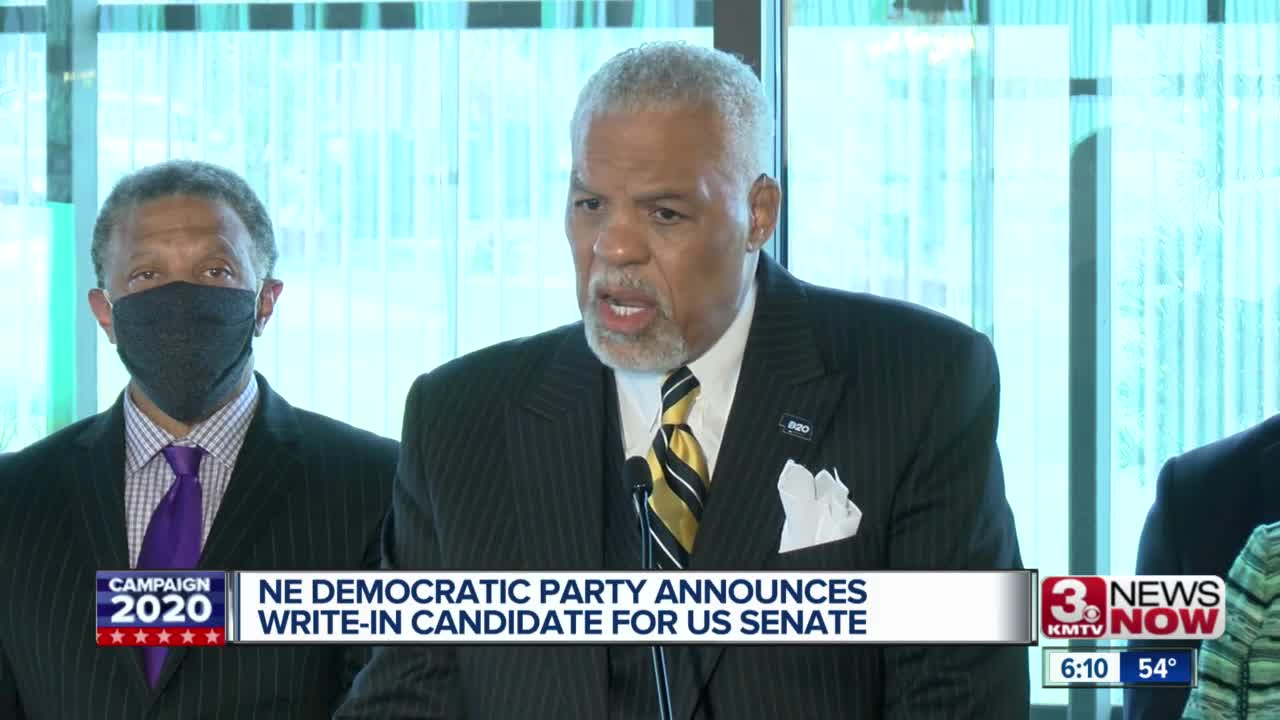 OMAHA, Neb. (KMTV) — On Thursday afternoon, the Nebraska Democratic Party revealed its choice for a write-in candidate to go toe-to-toe with incumbent Ben Sasse and Democratic primary winner Chris Janicek for a seat in the United States Senate.

The announcement was made at beloved North Omaha business Big Mama's Kitchen and comes after demands from the party for Janicek to drop out of the race. Previous write-in candidate Brad Ashford departed from the race after only a few days.