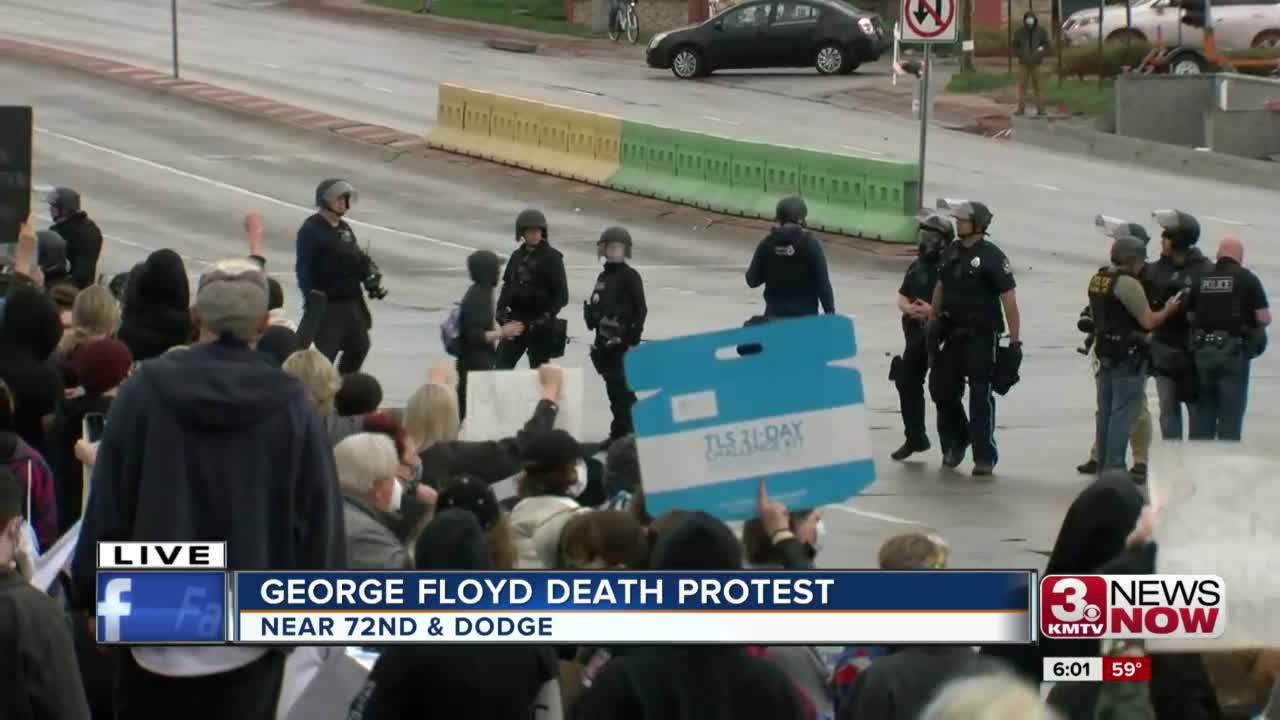 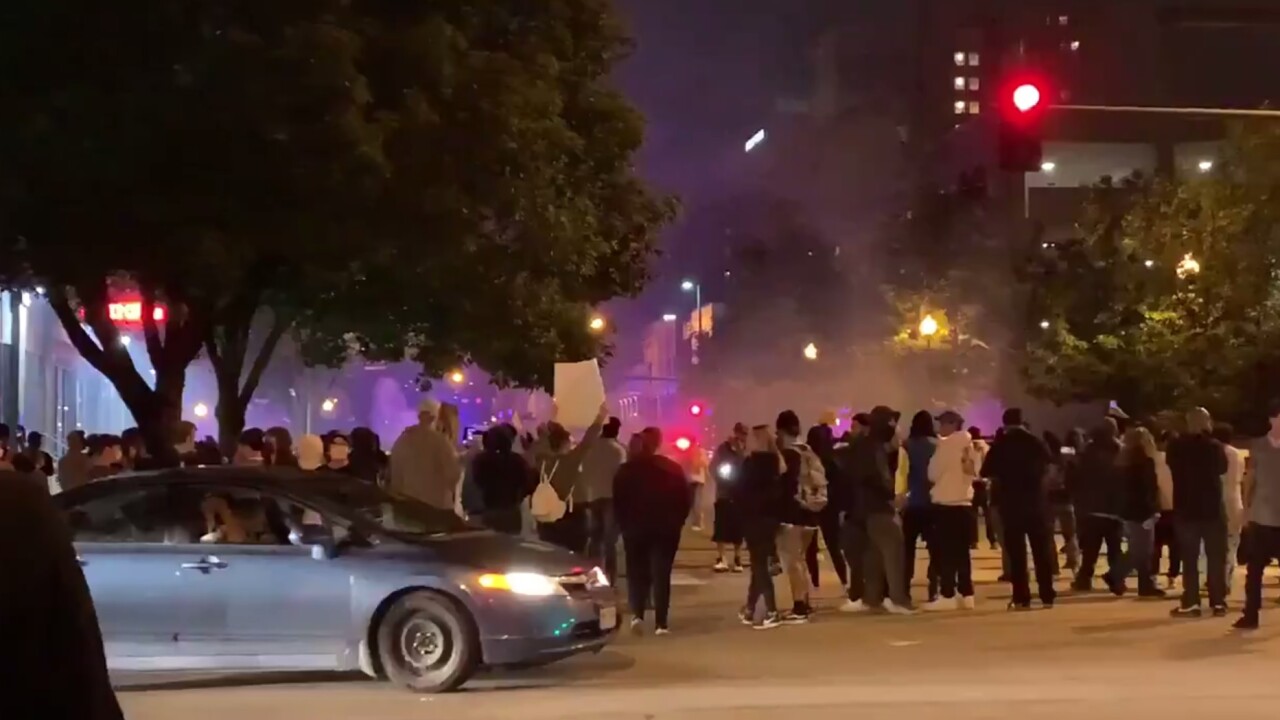 Protesters are now in the downtown area. Some protesters are blocking the roadway and vehicles can not drive through safely. Please stay away from area.

The protest has moved to police headquarters. Protests are being hit with gas and fireworks. @3NewsNowOmaha pic.twitter.com/RQ7QY1vMrZ

The protest appears to be moving downtown

Police are present in the area of 72nd and Dodge where protesters are gathering for the second evening in a row.

Those demonstrating say their goal is to peacefully honor George Floyd.

On Saturday, businesses along Dodge St boarded up their doors and windows after numerous stores were vandalized.

Twenty-one people were arrested overnight Friday after the protest escalated.

Reporters Kent Luetzen, Sydney Gray and Jessika Eidson are there and will be providing live updates as the evening goes on.

8:30 pm update:
More tear gas being deployed, and protesters are being forced out of the Target parking lot.

Things are turning more tense. Police are confronting protesters near the Target parking lot and have deployed tear gas again. Here is an update from 3 News Now reporter Kent Luetzen:

While the protests remain peaceful, more people are being arrested. Crowds have gathered in the parking lot of the Target store near 72nd and Dodge. This is the latest Facebook update from 3 News Now Digital Reporter Jessika Eidson.

OPD has closes down all the intersections at 72nd and Dodge. This is much earlier than they did last night. They are closing down the roadway due people throwing eggs and rocks.

LATEST: Tensions is escalating. I think it’s important to note that a majority of protesters remain calm, most actually condemning any poor behavior. We just witnessed a few arrests. Traffic is still moving, however I’d advise drivers to stay away from the area. #OmahaProtest

HAPPENING NOW: peacful protests continue at 72nd and Dodge in Omaha. Crowd starting to gather into the Target parking lot. The police presence has grown, as well. Tune in at 6 p.m. We will be live with the very latest. @3NewsNowOmaha pic.twitter.com/ljZR8EU0se