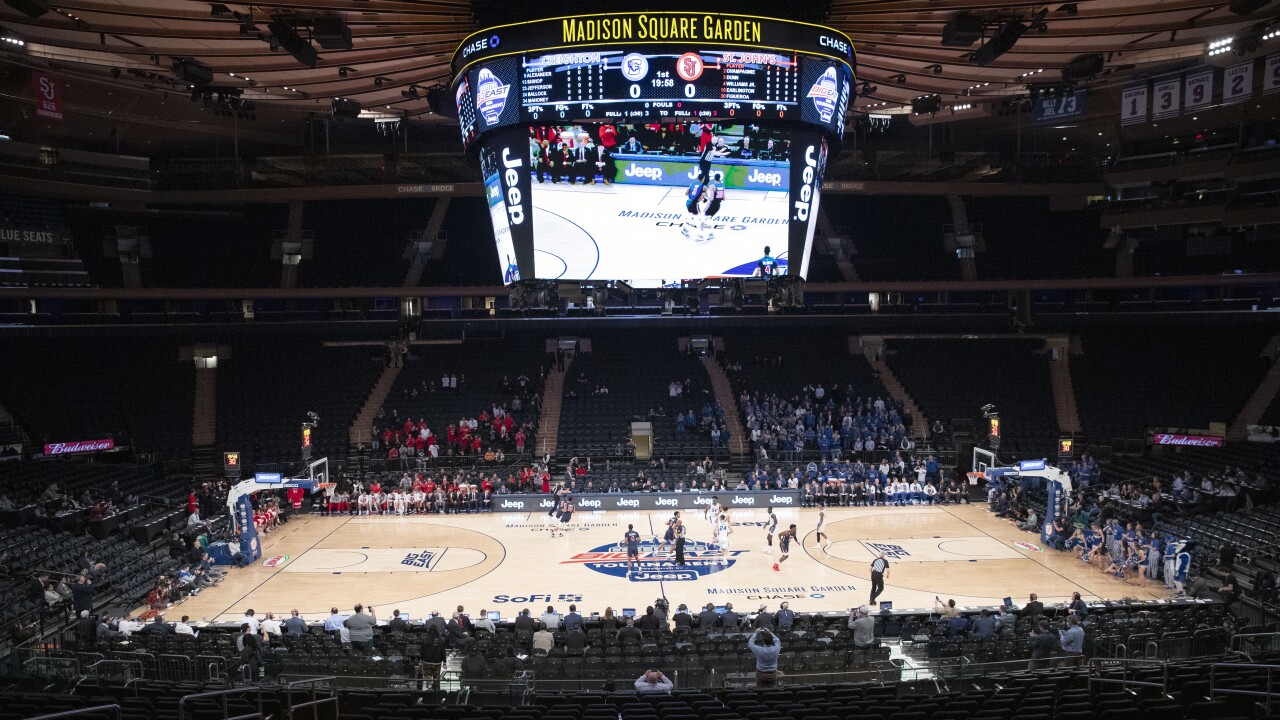 NEW YORK (KMTV) — The Creighton men's basketball game vs. St. John's at the Big East Tournament was canceled at halftime & the rest of the tourney was called off on Thursday.

An hour ago, Val Ackerman said she learned from NYC officials that a city ban on large gatherings was coming.
Then 30 mins later, she and the league presidents/ADs met on a call... and decided quickly to end the tournament

The top-seeded Jays were trailing the Red Storm, 38-35, at the half. Jett Canfield contributed 8 points off the bench going 3-for-3 from the field before the contest was called at the half.