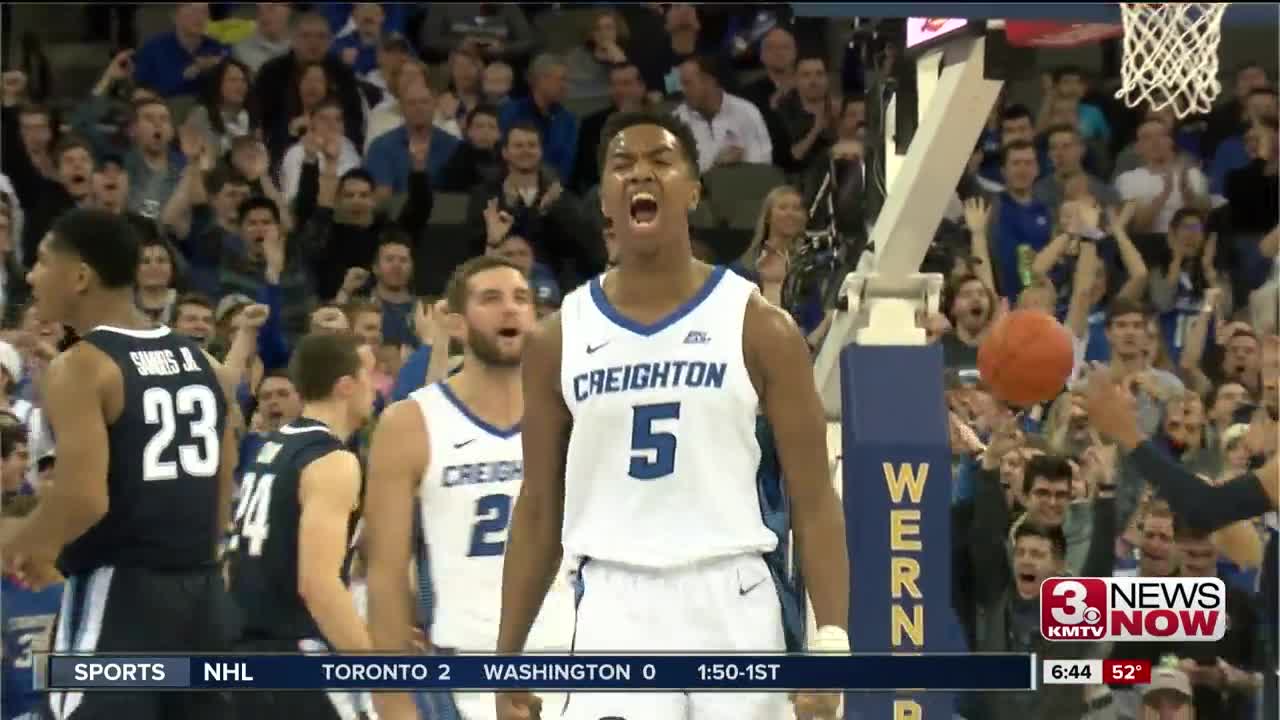 After just missing out last year, the Creighton men's basketball team is motivated to make the NCAA Tournament this season.

OMAHA, Neb. (KMTV) — After just missing out on the NCAA Tournament last year, the Creighton men's basketball team is motivated to make the Big Dance this season.

"We've been watching a lot of film," said junior guard Ty-Shon Alexander. "And all the guys coming back have been letting all the newcomers know we need to finish the games together so we can make this NCAA Tournament and hopefully get a chance to win the Big East."

CU went 20-15 overall last season & 9-9 in the BIG EAST, good enough to finish in a tie for 3rd in the league. But the Jays were sent to the NIT instead, where they lost to TCU in the quarterfinals.

"Our goal is to always be in the NCAA Tournament," said head coach Greg McDermott, who is about to begin his 10th season at CU. "We were close last year, probably a game or two away and we let some slip away. And we have to take the next step on figuring out ways to finish those games. So without question, I think this is an NCAA Tournament team and I think it's a team that can make some noise in the NCAA Tournament."

Creighton hosts McKendree in an exhibition on Friday November 1st.