Creighton puts on 2nd half dunk show in drubbing of DePaul 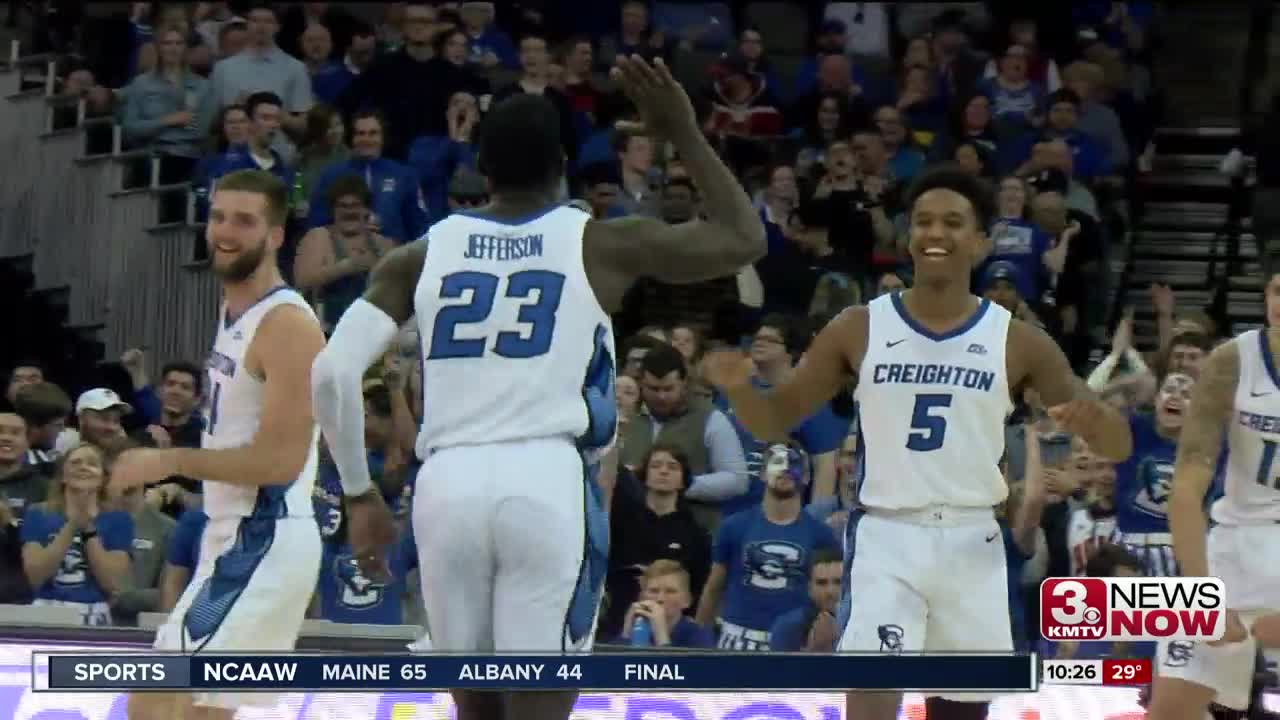 #23 Creighton put on a dunkfest in the 2nd half beating DePaul by 29 on Saturday night.

OMAHA (KMTV) — The #23 Creighton men's basketball team put on a 2nd half dunk show en route to blowing out DePaul on Saturday night in Omaha, 93-64.

The Jays threw down seven slams in total, including a pair of alley oops early in the 2nd half.

CU improved to 20-6 overall, 9-4 in the BIG EAST. With Seton Hall's loss at Providence on Saturday, Creighton is now in sole possession of 2nd place in the league, just one game back with five to play.