Creighton's Khyri Thomas taken by 76ers in 2nd round of NBA Draft, traded to Pistons 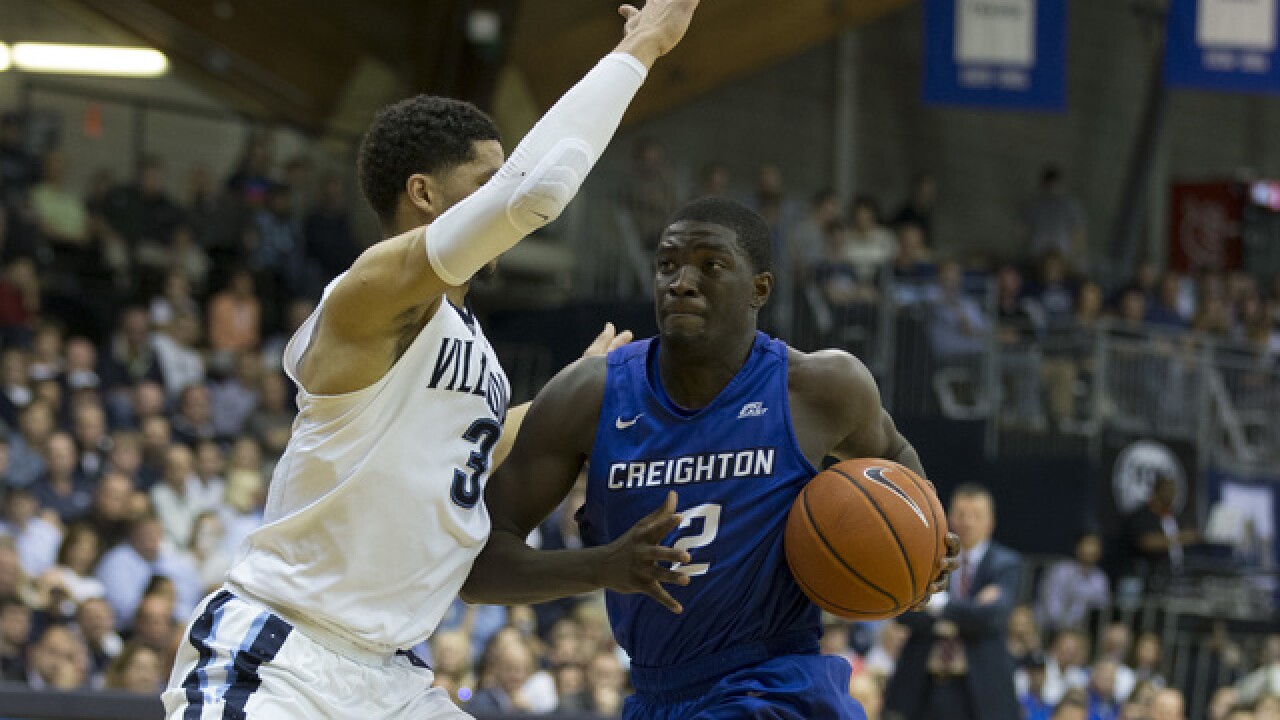 Copyright 2017 Scripps Media, Inc. All rights reserved. This material may not be published, broadcast, rewritten, or redistributed.
Mitchell Leff
<p>PHILADELPHIA, PA - FEBRUARY 25: Khyri Thomas #2 of the Creighton Bluejays drives to the basket against Josh Hart #3 of the Villanova Wildcats in the first half at the Pavilion on February 25, 2017 in Villanova, Pennsylvania. (Photo by Mitchell Leff/Getty Images)</p>

BROOKLYN, N.Y. (KMTV) Creighton guard Khyri Thomas was taken by the Philadelphia 76ers with the 38th overall pick in the 2nd round of the 2018 NBA Draft on Thursday night but was quickly reportedly traded to the Detroit Pistons.

Thomas, an Omaha Benson alum, averaged 15.1 points, 4.4 rebounds and 2.8 assists per game this past season earning 2nd Team All-BIG EAST honors. The 6-foot-3 guard was named the league's Defensive Player of the Year for the 2nd straight season.

Thomas started in 96 of his 102 games played at Creighton.