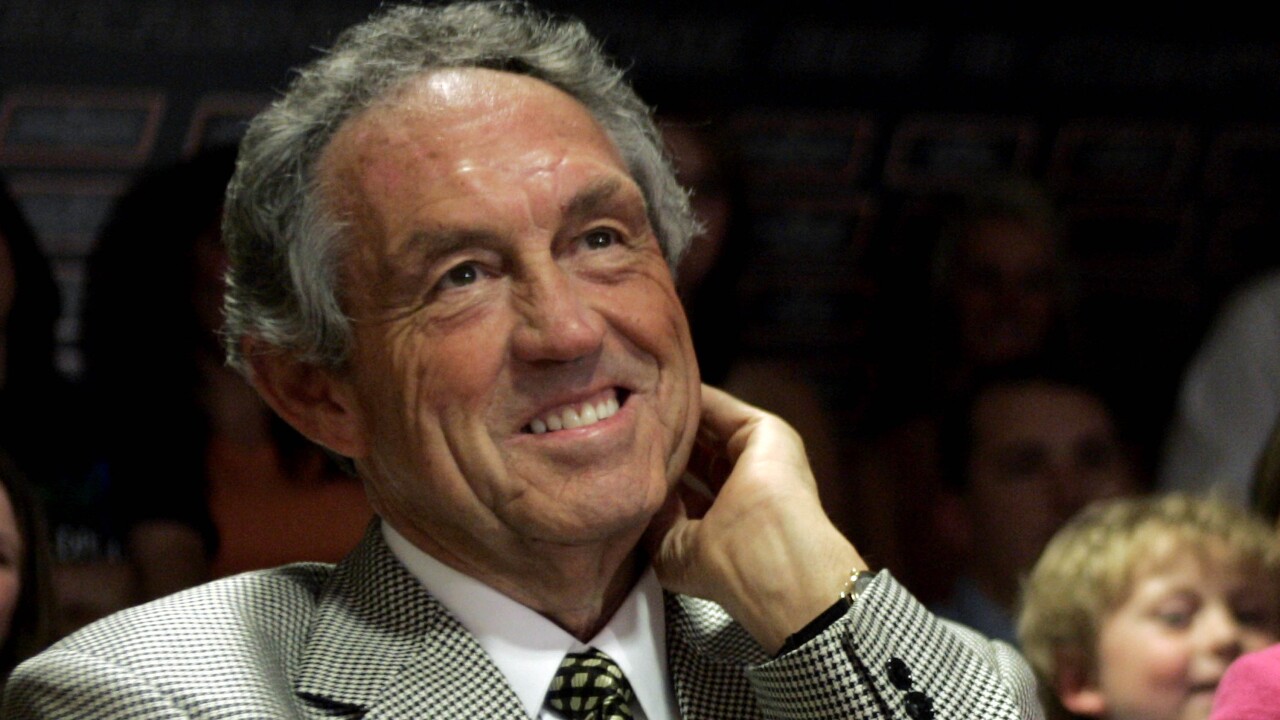 Anonymous/ASSOCIATED PRESS
Oklahoma State men's basketball coach Eddie Sutton smiles as he listens to one of his former players speak during a news conference in Stillwater, Okla., Friday, May 19, 2006, in which Sutton announced his retirement, effective June 30. (AP Photo)

OMAHA (KMTV) — Former Creighton men's basketball coach Eddie Sutton has died at the age of 84 according to the AP.

He led the Jays to two NCAA Tournament victories & a Sweet 16 appearance in 1974.

Sutton was inducted into the Creighton Athletics Hall of Fame in 1997.

He also coached at Arkansas, Kentucky and Oklahoma State racking up over 800 total wins & was the first coach to lead four schools to the NCAA Tournament.

Sutton will be enshrined into the Naismith Memorial Basketball Hall of Fame in Springfield, Massachusetts this August.