No. 8 Creighton falls to No. 9 Kansas State 69-59 in the first round of the NCAA Tournament

Marcus Foster played his last game for Creighton on Friday in the NCAA Tournament. 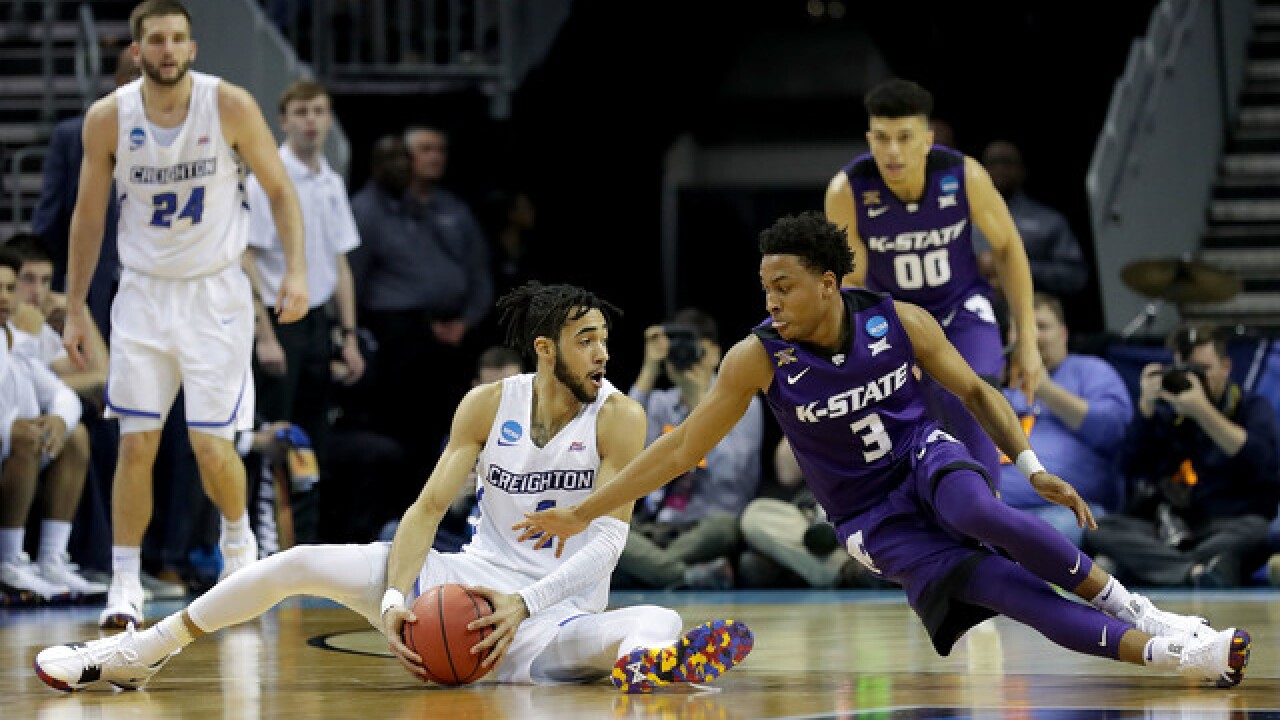 The Creighton men's basketball team had its season come to an end as the Jays fell to Kansas State 69-59 in the First Round of the NCAA Tournament on Friday.

The Bluejays trailed the Wildcats the entire game, Kansas State held a 32-26 point lead at the half. The Wildcats held Creighton's Marcus Foster to zero points in the first half, marking the first time Foster has had a scoreless first half this season. At half, Creighton's Davion Mintz led the Bluejays with 8 points while Mitch Ballock followed with 7 points.

Kansas State's freshman Mike McGuirl stepped into the light to bring the Wildcats to the second round of the NCAA Tournament. McGuirl finished with a season-high of 17 points in the Wildcats 69-59 win. Previous to Friday's game, McGuirl had a season-high of 5 points and a total of 9 points for the season.

Creighton's Ballock was the Bluejays' leading scorer with 16 points while Hegner added 12 points. Mintz also finished in double-figures with 10 points.

No. 9 Kansas State advances to the second round of the NCAA Tournament where they will face No. 1 Virginia Sunday, March 18th.