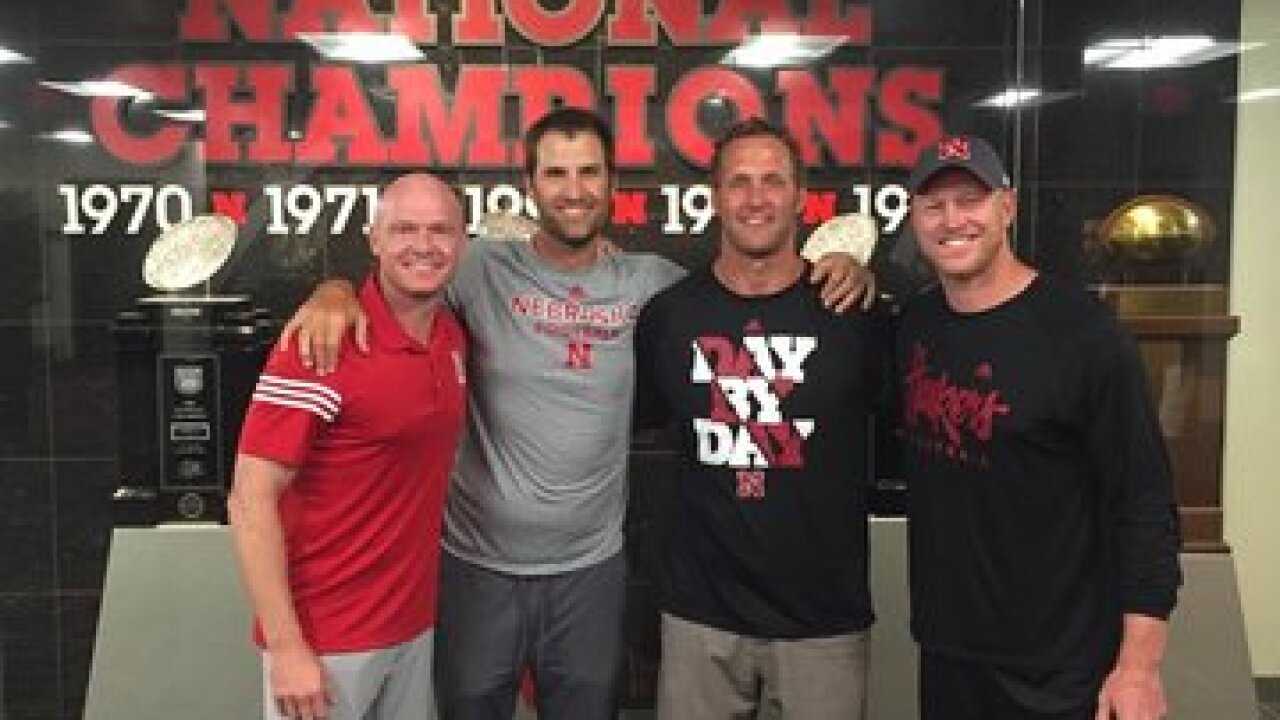 LINCOLN, Neb. (KMTV) As the first week of fall camp comes to a close for the Huskers, a pair of former Blackshirts spoke to the current Nebraska football team on Friday night.

What a great honor tonite 2 stand in front of @HuskerFBNation w/ my brotha @GrantWistrom and talk football! Can’t express how good I feel about HCSF and where we’re headed!11 yrs ago I did a similar talk and a couple guys thought they’d catch a 😴...this time,guys were takin 📝!

Jason Peter and Grant Wistrom had a chance to meet with the Big Red at Memorial Stadium.

Thank you very much Clete and Jim Pillen for getting the jet to make it happen. Thank you @coach_frost for having us back. Very excited for this team. This group of men has the opportunity to be the team that rights the ship.

People ask if I miss football. The answer is yes, but only when I’m back in Lincoln!!! ☠️☠️☠️ #gbr pic.twitter.com/EtzFSuAuwQ

And Davison definitely approved of Wistrom & Peter's remarks to the team.

The Huskers host Akron to open the Scott Frost era on September 1st.

What a great night having @GrantWistrom and @jasonpeter speak to the team tonight. They’re the standard of Blackshirt we need! #Bones https://t.co/jq6NSnxT5W